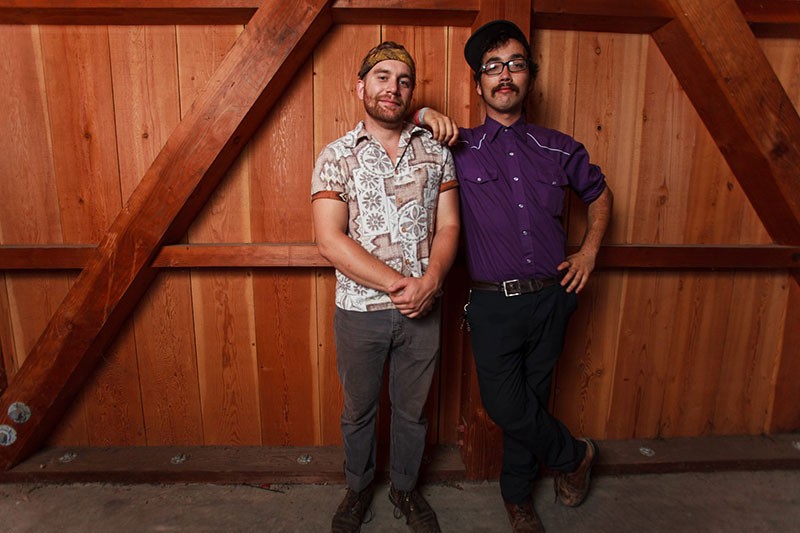 It's more than appropriate that Santa Rosa–based multi-instrumentalist and songwriter Joshua James Jackson chose Sharkmouth as the name for his new solo project. In fact, it's downright allegorical. Just like the ocean predator, Jackson spends every day moving forward, ever swimming in the North Bay's musical sea.

Born in the East Bay and raised in Santa Rosa, Jackson's history with Sonoma County music runs deep. "My grandfather was my neighbor, and he taught me to play electric bass when I was seven," Jackson says. His grandfather, Fairel Corbin, is still at it today, playing in Hot Grubb and Medicine Man. "I went and saw him at the Twin Oaks recently," Jackson says, "and it was a hell of a party."

By the time Jackson was attending Santa Rosa High School, he was already a veteran of "a bunch of silly bands," he says. Moving away from the classic rock he grew up on, Jackson became immersed in the country-rock scene nearly a decade ago.

"I think I met everybody because I was willing to take on a lot more work than I could handle," says Jackson, "and then figure out a way to handle it." Jackson's electric bass turned into upright bass, and he also took up and excelled at trumpet and guitar.

Music is more than just a passion for Jackson; it's been a full-time job since 2013. He currently plays bass in the Crux and the Oddjob Ensemble, and trumpet in the Sam Chase, and is a versatile member of Frankie Boots & the County Line.

This summer, Jackson staked a new musical claim with Sharkmouth, a project born from the depths of a bad breakup. "I had to do something other than just drugs for catharsis," Jackson says.

Since then, he's continued to write. Sharkmouth's EP channels those dark waters into a surprisingly upbeat, hyperkinetic, psychobilly rock sound that's like a mixture of Zappa and the Cramps with scratchy electric guitars, melodic hooks and Jackson's vocals moving from strained growl to spacey lament.