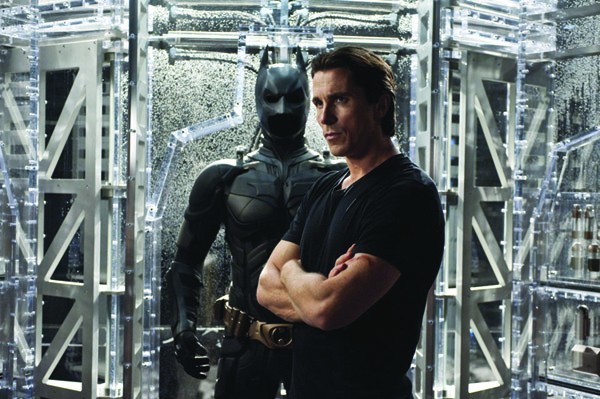 Is Abraham Lincoln, Vampire Hunter, which opens June 22, the end of the vampire trend? It's a ticklish premise. Would Old Abe—who pulled the fangs of slavery from the necks of the downtrodden—have done less when dealing with real vampires? It's written by Seth Grahame-Smith, who renovated Jane Austen with flesh-eating zombies, and whose script brought to Dark Shadows the bizarre McDonald's product placement.

At least the retreads are a good bargain this summer. There's a chance to catch some that got away, such as Spielberg's very good Tintin (July 17) and Scorsese's Hugo (Aug. 7), playing for free in downtown Windsor during the summer. On home video, the long-postponed August release of 1954's Johnny Guitar (Nick Ray, meet Blu-Ray). The San Francisco Silent Film Festival opens July 12–15. You'd drive that far to see the Giants; why wouldn't you drive that far to see The Mark of Zorro at the Castro Theatre July 15?

Zorro originated the masked vigilante film that evolved into lucrative superhero garbage. Every blogger laments that trend as evidence of the decline of cinema, but it's worth raising hopes for Christopher Nolan and his sense of Zeitgeist. Recall how the terrors of the end of the Bush years were reflected in The Dark Knight; remember Nolan's penchant for Kubrick-level bone-rattle via IMAX. Behold, The Dark Knight Rises, opening July 20.

Good thing Warner Bros. pays more than al-Qaida. Nolan's dream-up of terrorist events is diabolical, as seen in The Dark Knight Rises previews, with the transformation of a football game into the Civil War's Battle of the Crater. Still, it seems unwieldy, a three-way pull: the villain, Tom Hardy as the bone-breaking Bane, with a steel lamprey mask and John Huston vocals; neutral party Selina Kyle, aka Catwoman (Anne Hathaway); and the called-out-of-retirement Batman (Christian Bale), still a wanted criminal after the end of The Dark Knight.

It's hard to imagine The Amazing Spider-Man (July 3) being quite that provocative. It reprises the hero's origin, which was done nicely only 10 years ago. The idea this time is to make Peter Parker (Andrew Garfield) a brilliant technician instead of the lucky recipient of just the right kind of spider bite. Director Marc Webb ((500) Days of Summer) previously showed skill in handling doomed romance, just like the troubles with Spider-Man's sort-of girlfriend Gwen Stacy, played here by the talented Emma Stone (Easy A).

Prometheus (June 8) is a titanic history of the famous xenomorphs, last seen cringing in despair in 2007's Alien vs. Predator: Requiem. In deep space in 2085, we learn not just how humanity began, but also how we became a favorite vessel for the metal-toothed cephalopods. Voyagers include Michael Fassbender as an android, Charlize Theron and the ever-violent Noomi Rapace.

Whatever text Prometheus has, it'll be too much ruckus for the aged. Hope they're ready for a new Woody Allen, whether one's needed or not. To Rome with Love (June 22) is Allen's first repayment of his debt to Italian comedy since the "Why Do Some Women Have Trouble Reaching Orgasm?" section in Everything You Wanted to Know About Sex. Here, Allen, Penelope Cruz and Alec Baldwin combine in various episodes in the Eternal City.

Item: animated offerings include new installments of Madagascar (June 8) and Ice Age (July 13), as well as a restored version of Yellow Submarine (1968) sometime this summer. Among them is the newest by the trustworthy Pixar (notwithstanding Cars 2). Brave opens flat and in 3-D on June 22, starring a Scottish archer-princess up against supernatural peril. Considering the popularity of The Hunger Games, this is the best possible time to make a movie with a girl, a bow and an arrow.