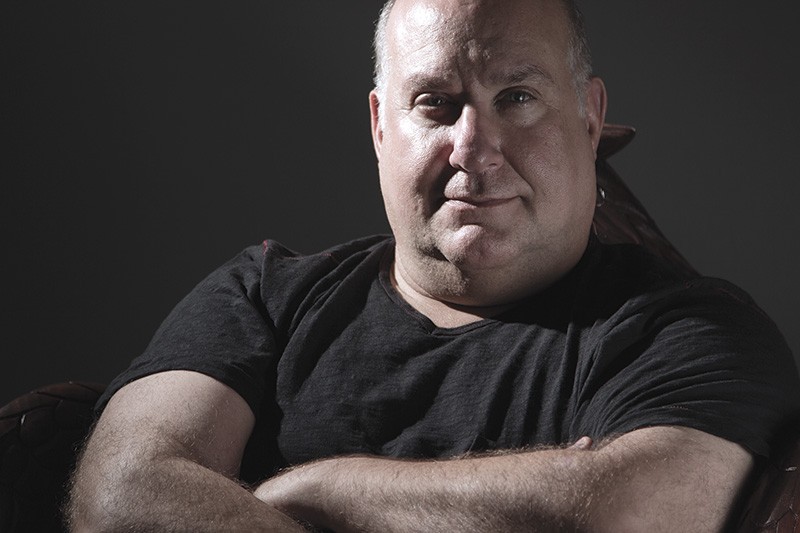 Director and producer William Lustig broke out on the horror film scene in 1980 with his gritty and gory debut feature, Maniac.

Hailed at the Cannes film fest, and reviled by American film critics, Lustig's violent and stylized film remains a landmark in the genre for its unflinching performance by actor Joe Spinell (The Godfather, Taxi Driver) and special effects by Tom Savini (Dawn of the Dead). On Jan. 29, Lustig appears in Santa Rosa to screen all-new digital prints of Maniac and his follow up, Vigilante.

Speaking from his home in Hollywood, Lustig talks about how his passion for grindhouse translated into a lifetime of filmmaking and film preservation. Growing up in New York City, Lustig took in the spaghetti Westerns and Italian zombie flicks that played at grindhouse theaters on 42nd Street.

"I started working in the industry when I was in my teens, so there wasn't really a long transition between fandom and actually working on movies," says Lustig.

He first met Spinell while working as a production assistant on 1973's The Seven-Ups. "We started talking about horror films," says Lustig, "and like any horror film fan will know, when you meet a fellow horror film fan, you immediately bond."

That bond led Lustig and Spinell to conceive and co-write Maniac, a film that mixed the pair's love of horror films and fascination with serial killers. "The '70s are what I call the golden age of the serial killer. We had Ted Bundy, we had David Berkowitz—you know, all these people that were really colorful and flashy. We had the idea that the central character would be a compilation of these killers," recalls Lustig.

Lustig remembers Spinell's commitment to the role and the film even during the dark days.

"He would say, 'Bill, we're making a happening. You don't know it, but this movie is going to be an event.' And he was right," says Lustig.

With subsequent films like Vigilante and Relentless, Lustig made the movies he wanted to see. "I think of myself as being a pro-active fan. If it's not out there, I make it," he says.

In the past 20 years, Lustig has transitioned into film preservation with his company Blue Underground, considered by many to be the Criterion Collection of pop culture. This week, Lustig unveils new prints of both Maniac and Vigilante.

"I just made them literally last month. The quality should be outstanding. I haven't even seen them yet, so I'm going to be watching with everyone else."