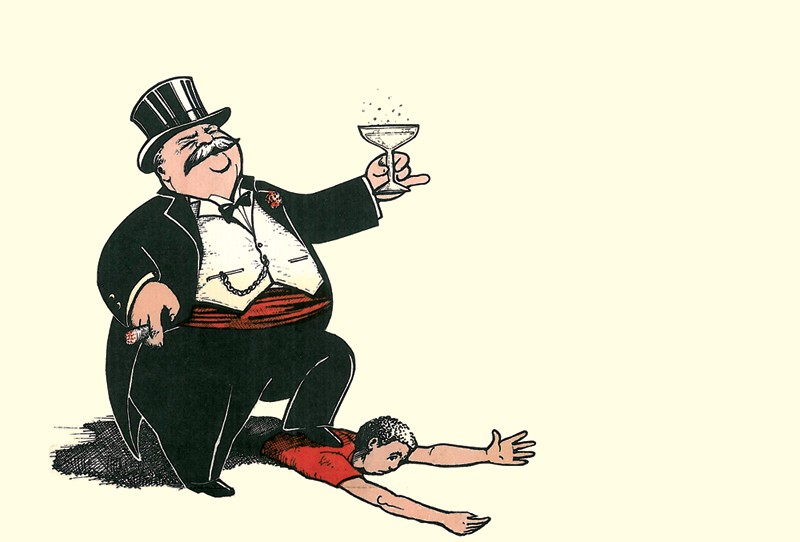 Oh, what a difference one word makes. For more than 30 years, the Bohemian Grove Action Network has disseminated information about the summer meeting of the political and financial elite of the world. They've also held protests at the gates of the yearly gathering, with a hiatus here and there. But the name has been hijacked, says longtime activist Mary Moore.

A group that called themselves the Bohemian Grove Action and Resistance Network was at the gates of the Bohemian Grove this year, handing out flyers on so-called smart grids and Google technology. Sean Ackley, a Republican from Brentwood who helped the original protesters set up a Facebook page, led the small gathering.

"I had reservations from the start because [Ackley] did not hide the fact that he is an Alex Jones supporter," Moore says, referring to the conspiracy theorist who snuck into the Grove (with Moore's help, "against my better judgment," she admits) in 2000 and came out with stories of satanic ritual and human sacrifice. Ackley ended up making himself an official administrator of the Facebook page, adding "Resistance" to the name and taking over the operations.

Moore says that while "anyone has the right to protest," they do not have the right to "appropriate the name we've had for 33 years," and thus confuse the public. The Bohemian Grove Action Network has enlisted the help of a local attorney to help them trademark the name; they can then send a cease-and-desist letter to the Ackley-led group.

"I hate the idea that we have to do this kind of establishment move," says Moore of the trademarking and legal process. (On July 12, the Facebook page name was changed to "Resist the Grove—Bohemian Grove Action and Resistance.")

An emergency meeting on July 11 resulted in a collective decision to refocus Bohemian Grove Action Network efforts on research and education rather than direct action, such as protesting outside the gates of Bohemian Grove, for now. For example, two members have started to look at how many high-level energy officials involved with fracking belong to the Bohemian Club.

Moore, 78, started the Bohemian Grove Action Network in 1980, and in recent years has expressed repeated desires to step down as the face of the protests, urging younger people to take over.

"We're going to be focusing more on education and research than on the annual protests, because we don't want to fight with these Tea Party people," Moore says, recalling actions by Doug Millar, another conspiracy theorist, to confuse the proceedings in 2012.

At this point, the Facebook page issue has become "almost irrelevant," Moore says, with the group refocusing on its longstanding goal of exposing the nature of the Bohemian Club and its inner workings as a backroom setting for elite collusion, rather than closing the place down.

"No matter what the issue is that you are concerned with, somebody is making a profit from it," Moore says, "and there's a good chance that they are in the Bohemian Club."