Noble 'Spectre' finds 007 cool and stoic as ever 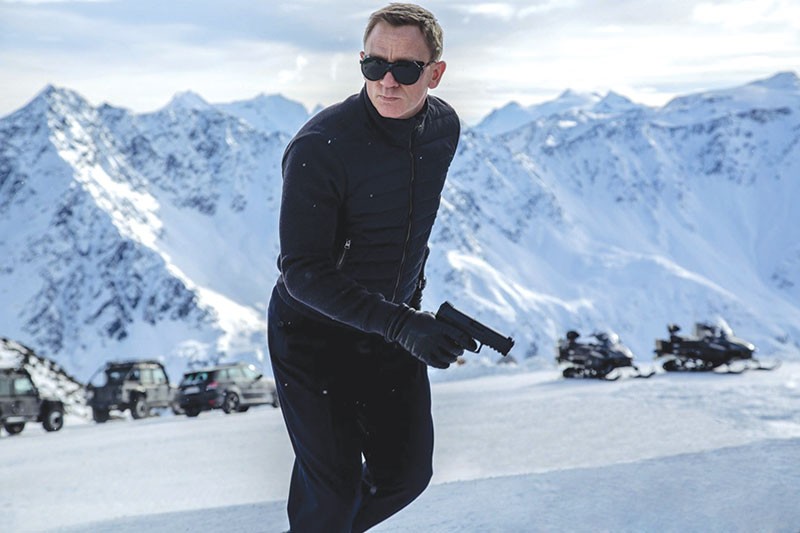 the spy who everyone loves In the latest Bond movie, Daniel Craig picks up where he left off in 'Skyfall.'

For long-time fans of the world of James Bond, watching Spectre is like seeing one of those 50-year anniversary shows by a band you love, proof that the inspiration and resiliency are still there, well matched by the familiarity and gravity that come from the weight of decades.

This is not the first Daniel Craig Bond to see. This is a sequel to Skyfall, as Skyfall followed Quantum of Solace and Casino Royale. In Spectre, it finally becomes clear that everything is connected to the notorious criminal organization of the same name, established in the first Bond film, 1963's Dr. No.

Starting with a superbly lavish assassination during a Day of the Dead parade in Mexico City, and ending in the haunted ruins of the MI-6 building in London, Spectre traffics in the kind of coolness that you imagined death would have when you were 15.

In search of the mysterious organization, Bond travels from Rome to Tangier to the edge of the Sahara, eventually encountering the nicely mannered maniac (Christoph Waltz) and his unstoppable muscle Mr. Hinx (wrestler Dave Bautista, inconceivably huge). Along the way, our hero endures a torture sequence that has uncredited scripting from Kingsley Amis' 007 novel Colonel Sun.

Because Spectre is as gorgeous and noble as an adventure movie gets, viewers might overlook the downsides. The third act, for instance, could have used more rewrites, with Bond's marksmanship too often transcending the size of his gun. The tempo, as well, is too restless, despite the film's length, which didn't seem excessive.

But in Spectre, Craig holds the screen like few film stars around, and he animates the stoic mask of James Bond like no other actor before him.

'Spectre' is playing in wide release in the North Bay.