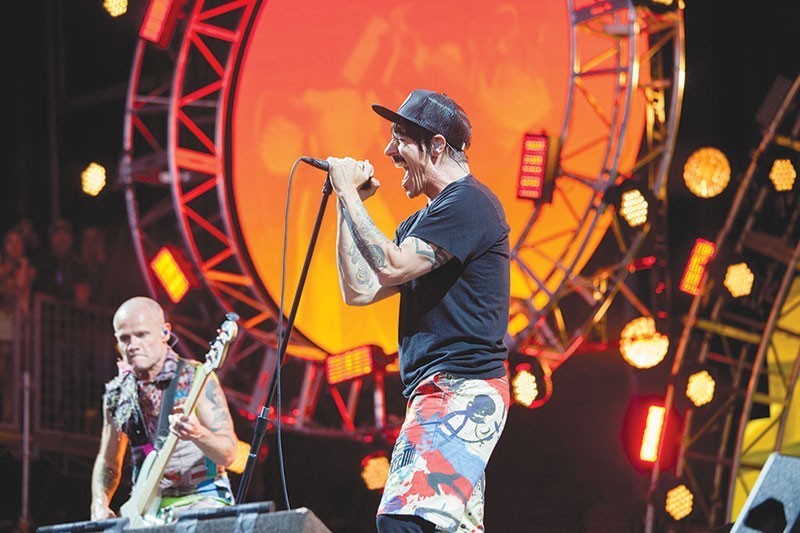 It’s been a long road to BottleRock Napa Valley this year, as the North Bay’s biggest music, food and wine festival was forced to cancel its planned eighth annual three-day party at the Napa Expo in downtown Napa last Memorial Day Weekend due to Covid-19.

Initially, the organizers behind BottleRock hoped for a fall version of the event this past October, though the festival officially shelved plans for a 2020 event back in July and instead announced that BottleRock would return in 2021.

Now, BottleRock Napa Valley announces that the road to the festival will go on a bit further, as next year’s event is now being moved from Memorial Day weekend 2021 to Labor Day weekend, September 3 to 5, 2021.

“We are looking forward to presenting BottleRock during such a beautiful time of the year in the Napa Valley,” says BottleRock Napa Valley producer Dave Graham. “We’re excited to bring back some joy to the Napa Valley through live music, with the health and safety of our patrons, artists, vendors, staff and surrounding communities front of mind.”

Organizers made the decision to shift the dates from May to September 2021 just as Napa County moves into a more-restrictive tier of social distancing this week as the state attempts to curb its current rise in Covid-19 case numbers. Festival organizers stress that rescheduling the festival to 2021 is to prioritize the health and safety of patrons, artists, vendors, staff and the surrounding Napa Valley communities that annually support an influx of tens of thousands of attendees.

According to California Governor Gavin Newsom, the state has seen its quickest increase in new Covid-19 cases over the last 10 days since the pandemic began in earnest in March, and state officials are even considering additional measures such as a statewide curfew to discourage people from social gatherings that increase the risk of spreading the coronavirus.

The 2020 BottleRock Napa Valley festival’s scheduled music headliners Red Hot Chili Peppers, Dave Matthews Band and Stevie Nicks were all previously confirmed to perform when BottleRock returned in 2021, and while there is no details on the new Labor Day weekend lineup, organizers will reveal the 2021 BottleRock festival performers early next year.

One thing is for sure, when it returns in 2021, BottleRock Napa Valley will once again feature the world’s top musicians on five stages, as well as its infamous BottleRock Culinary Stage showcasing culinary and celebrity mashups.

All tickets that were sold for BottleRock Napa Valley's postponed 2020 dates are valid for the September 2021 dates, and festival ticket holders have been notified of their options via email. Those who wish to preregister to purchase available tickets for the new dates as soon as they’re available can visit bottlerocknapavalley.com.