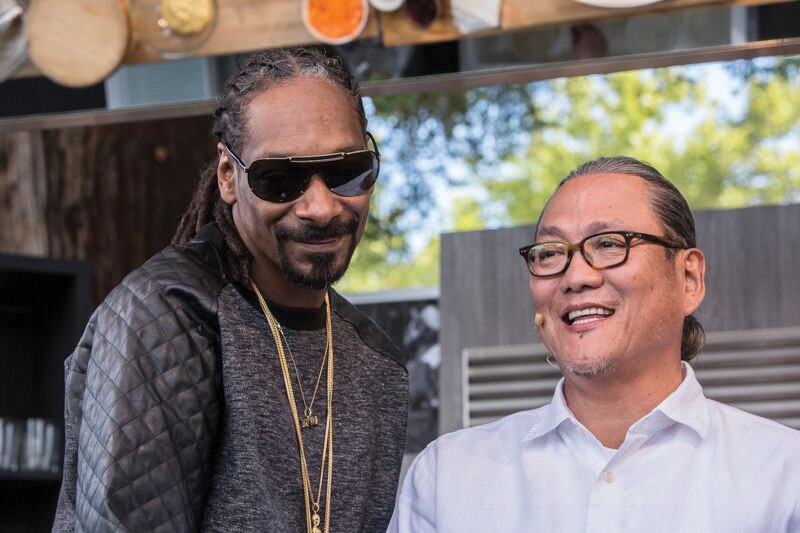 This year's sold-out weekend cemented the festival as a successful and likely permanent fixture in Napa.

BottleRock held true to its tradition of starting the festival with a local band by kicking off the main stage with reggae-rock outfit Pion 2 Zion. From there, the main stage was entirely an indie rock ramble, with a pair of young songwriters in Zella Day and Courtney Barnett and a trio of "command sentence" bands with Cage the Elephant, Foster the People and Imagine Dragons.

Day two brought in both the old-school crowds and the kids, as Saturday boasted headliner Robert Plant as well as a crop of young acts like Passion Pit and Capital Cities. North Carolina family folk rockers the Avett Brothers were a personal favorite, blending heartfelt ballads and stomping revival rock. Guitarist Seth Avett jumped into the crowd at one point for a blazing solo, and Scott Avett brought the masses to the edge of an emotional cliff with his rendition of "Murder in the City."

On Sunday, psychedelic jam band Moonalice retuned to take the stage for an early set, while across the fairgrounds L.A. hip-hop group People Under the Stairs brought an old-school flavor to their set. Sunday's headliner was No Doubt, and Gwen Stefani and company played a sizzling selection of their most popular hits, yet the general consensus was that everyone was there to see one man, Snoop Dogg.

The culinary options at this year's event were an expanded assortment of quality local vendors, though I skipped booths like White Guy Pad Thai and Gerard's Paella, which had lines around the block. When I'm at a huge outdoor event, I need something fried and greasy to soak up those $10 glasses of Lagunitas IPA.

This year's newest stage was the Culinary Stage, where renowned chefs and artists from the fest got together. No pairing was better than that of Snoop Dogg and Iron Chef Masaharu Morimoto, who taught the D-O-double-G how to roll sushi, while Snoop offered his fried chicken recipe to the famed chef, including his own blend of herbs and spices. (Insert weed jokes here).

With another successful event behind them, BottleRock has already announced that limited tickets are on sale for next year's fest, which will take place May 27–29, 2016 over Memorial Day weekend.