The Boston press take on pedophile priests in 'Spotlight' 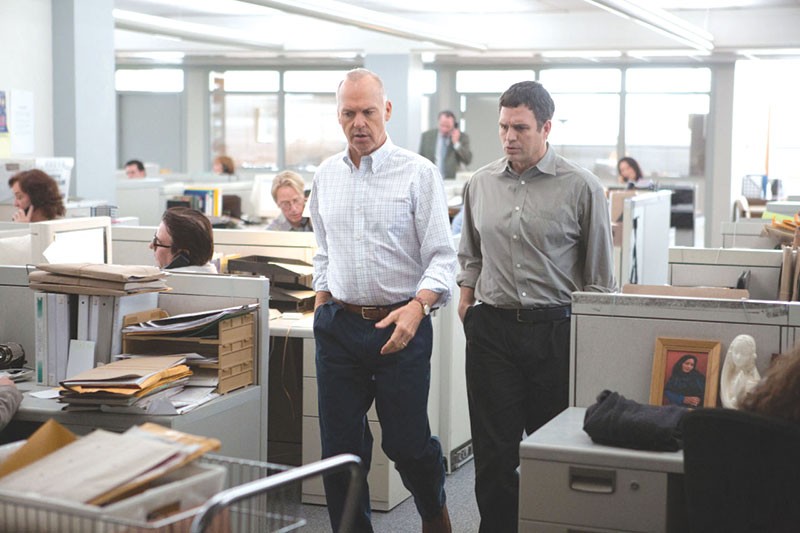 With tremendous hypocrisy, the Catholic archdiocese of Boston concealed dozens of priests who were well-known as serial pedophiles—a story exposed by the Boston Globe in a Pulitzer-winning series in 2002. It's hard to imagine a film approaching this subject without fury, but Spotlight does, and one honors its lack of thundering about the horror of it all. Spotlight lets the audience bring its own anger.

The Globe journalists are a group of investigative reporters working in a windowless room at the paper. Their leader is Walter "Robby" Robinson, played by Michael Keaton. Keaton can be a glorious minimalist as an actor, and seeing the flickers on his face one can imagine (just as when he was Batman) that he'd be a hard man to lie to. A chilly new editor enters the scene, Liev Schrieber's Marty Baron. This cold fish in wire-rim spectacles has one advantage: as a Jew from out of state, he's not part of the Boston Irish milieu in which the politicians, the police and the church are entangled.

The movie insists on the importance of keeping hysteria out of the newsroom. Of the crew of newspaper reporters we see here, only Mark Ruffalo's Mike Rezendes gets seriously angry when he discovers that the church can somehow reach into the public hall of records and remove embarrassing material from its files. Rachel McAdams' Sacha Pfeiffer is an expert at finding leads, from unearthing a senile priest who confesses all, to coaxing the truth out of a molestation victim.

The top-drawer cast also includes Len Cariou as Cardinal Law, and Stanley Tucci and Billy Crudup as lawyers of very different ethical standards. Director Tom McCarthy has made a few small character studies through such films as Win Win and The Station Agent. This is his first great movie: an intricate, well-pulsed film, and a model of cool handling of inflammatory subject matter.