The long-standing legacy of Built to Spill 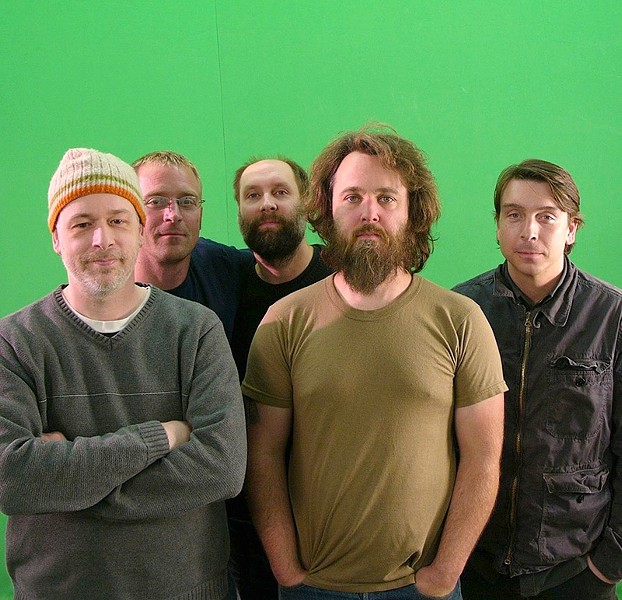 I've never been to Idaho, but based solely on the state's greatest export of the last two decades—the expressive, expansive Built to Spill—Idaho seems like a strange and wonderful land.

Founder and frontman Doug Martsch has led the group in an ever-evolving experiment of expertly crafted rock and roll since forming the band in Boise in 1993. Built to Spill play the Uptown Theatre in Napa on Aug. 15.

At first, the group existed as a sprawling jangle of messy guitars and off-tempo grunge, taking cues from influences like Sonic Youth and Dinosaur Jr. Eventually, Built to Spill found their own sound, first heard on their breakthrough 1994 album, There's Nothing Wrong with Love. Here, the band effortlessly focused their multi-guitar approach into a fragile and bouncy album of indie pop. The track "Car" hooked a whole fan base who to this day call for the song at the end of every concert. Suddenly, Built to Spill was in the national spotlight.

Soon, Martsch and company were signed to major label Warner Brothers, and based on their previously poppy release, were poised to offer radio-friendly rock. What they produced was instead a conceptually immersive and radio-unfriendly effort that was also easily their best yet.

Nineteen ninety-seven's Perfect from Now On is only eight tracks long, yet it's an epic record; its shortest song clocks in at over five minutes. This album showcased the band's ability to build on melodies with a three-part guitar interplay that eclipses normal guitar solos the way the moon eclipses the sun.

Through the next decade, Martsch continued to evolve, from fractured alt-rock to polished pop and beyond. The band's most recent album, 2009's There Is No Enemy, is another step into uncharted realms of pulsing, fuzzed riffs and catchy melodies.

For all the acclaim their albums receive, Built to Spill is a band that needs to be heard live. This week, the group makes their way to the North Bay before playing several shows in San Francisco. This chance to catch the band in the intimate setting of the historic Uptown is not to be missed.