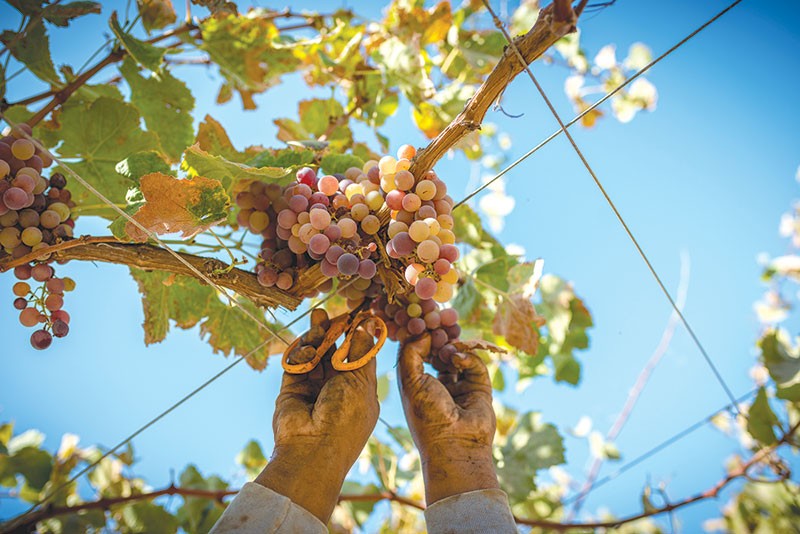 In the razzed-about flick Cocktail, Tom Cruise preferred his drinks flipped and fruity, but for local filmmaker Alan Kropf, it's all about the underdog/top-dog sip in Pisco Punch: A Cocktail Comeback Story, making its world premiere at this year's Napa Valley Film Festival.

Pisco Punch tracks the rise, fall and resurrection of Peru's famed libation with a clink of the glass to its splash on the Bay Area cocktail scene. "I believe this isn't just going to be a screening of a film, but about a moment in Peruvian culture," said Kropf, who will attend alongside former president of Peru Alejandro Toledo. Following the Sunday screening, attendees will spill onto the streets of downtown Napa for a Peruvian-style street festival.

The Napa Valley Film Festival, running Nov. 9–13, spotlights other Bay Area filmmakers including Finn Taylor, director of Unleashed, which tells the tale of two beloved pets who become people to save their dumped and distraught app-developer owner. In the documentary Sea Gypsies, Sonoma director Nico Edwards tracks a 120-foot sailing ketch on an 8,000-mile tour de force from New Zealand to Patagonia.

The festival kicks things off on Wednesday, Nov. 9, with Lion, starring Dev Patel (Slumdog Millionaire) and Nicole Kidman, about a boy who gets lost on a train in India and sets out 25 years later to find his family. Bleed for This follows the real-life story of Providence boxer Vinny "the Pazmanian Devil" Pazienza, who bounces back after a car accident leaves him with a broken neck. Aaron Eckhart (expected to attend) stars as trainer Kevin Rooney.

Beyond the mainstream beat, festival-goers will find eclectic films like the documentary Ear Buds that dives deep into the world of podcasting and its rabid fans. Gordon Getty: There Will Be Music spotlights the famed composer in his quest to outshine his family name. The Rebound tracks the plight of a band of disabled Florida men who bounce their way through life's hurdles as part of the Miami Heat Wheels wheelchair basketball team.

On Saturday, Gilmore Girls groupies can rally around series creator Amy Sherman-Palladino and executive producer Daniel Palladino, who will serve up sneak peeks and insider intel on the upcoming series reboot that releases on Netflix on Nov. 25. Later that evening, attendees will raise a glass at the awards ceremony and gala at Lincoln Theater.