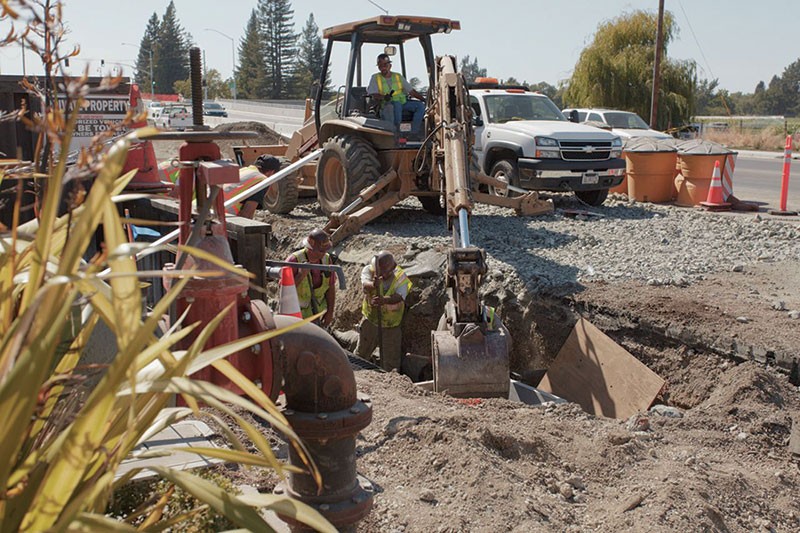 And make no mistake, nobody's complaining about $100 million in partial payback to counties for unfunded state mandates included in the budget, approved earlier this month.

But though Napa County is happy with its share of transportation dollars, Sonoma County still can't fix its roads under an unyielding state gas-tax formula; Medi-Cal reimbursement rates in Marin County have disappointed local leaders; and everyone's missing redevelopment agency funds, which Brown ended in 2011.

The governor's $1.6 billion rainy-day fund was met with praise from Marin County supervisor Kathrin Sears. "Overall, it's refreshing to be talking about potential investments and paying down debt, as opposed to the large state deficits we all experienced with the economic downturn," she said in a statement. Sears was appointed by Brown to the 3rd District seat in 2011; she won it the following year.

The Marin County board president echoes others in support of "a down-payment on nearly $900 million owed to local governments for unfunded mandates" which would send up to $750,000 to Marin County.

"With 30 percent of county revenues coming from the state to implement programs on its behalf, avoiding the 'boom and bust' budget cycles of the past should bring more certainty to local budgets," Sears wrote.

Sears said she had hoped the budget would increase Medi-Cal rates to doctors. As is, it's difficult for doctors to agree to care for Medi-Cal patients in expensive areas, she said.

Napa County Supervisor Michael Luce is "generally encouraged" with Brown's "back-to-basics budget that takes care of the physical needs of the people in our communities."

Along with the state's partial payback to counties, "there's more money being repaid than we had expected," Luce say. "There's lots of emphasis on infrastructure, jails and water-system improvements, more money for roads, and a good use of cap and trade."

Still, the state is continuously missing out on "glaring opportunities" to develop affordable housing, he says.

There's no more money from the state for a worker-proximity housing program that helped low- and moderate-income residents with loans for purchases made 10 to 15 miles from where they worked.

The plan offers "school-specific items that don't reflect the county budget per se, but we're all in the same boat in terms of making sure that education is moving in the right direction," Rabbitt says.

Sonoma County just passed a $1.5 billion budget, put $8 million in a reserve fund and earmarked another $8 million for roads.

Sonoma gets slighted on the tax because of its population-to-road-miles ratio, about a half-million people to 1,382 miles of road. Santa Clara County, by comparison, "has half the roads, with more than double the population," says Rabbitt.

Rabbitt notes that $250 million in cap-and-trade revenue earmarked for transportation is "going right to the high-speed rail project. That's in the budget. It means less money available for local roads."

Rabbitt is keen on the county's share of an $11.9 billion water bond, and highlights a $10 million wildfire-prevention grant, which will prove useful "once the fire season kicks into high gear—this is about really being prepared."

Rabbitt is pushing the state to provide more assistance to those low-paying supportive healthcare jobs, the "thousands of workers who take care of invalid folks [and] who don't make a lot of money," Rabbitt says.

The supervisor notes that Facebook helped put the state in the black thanks to its capital-gains payments to California. The social-media giant paid $1 billion in taxes in 2013, and capital gains taxes to the state are estimated at over $2.5 billion over the next five years.

State legislative auditor Mac Taylor recently described the state's response to stock-market volatility and the boom-and-bust effect on capital gains taxes: "You have to have very strong reserve, and it's important to not over-commit to spending programs."