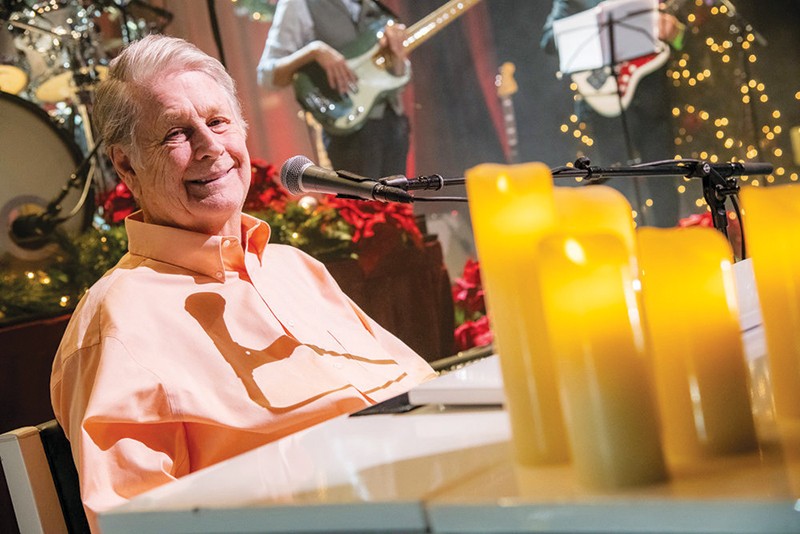 Well, East Coast girls are hip, and the Midwest farmer's daughter really makes you feel all right, but for over 50 years, America has wished they all could be "California Girls," thanks to the Beach Boys.

Formed by Brian Wilson, with his brothers Dennis and Carl, cousin Mike Love and friend Al Jardine, the Beach Boys invented the so-called California sound in the early '60s.

After decades of personal and professional ups and downs, Wilson is still musically active, and this year he's performing a holiday tour that sees him teaming with Jardine, '70s-era Beach Boys guitarist Blondie Chaplin and a full band to perform 1964's Beach Boys' Christmas Album in its entirety, along with cuts from Wilson's 2005 solo effort What I Really Want for Christmas and other fan favorites.

"It's great, we all have a good time," says Wilson of the holiday tour. "I love Christmas."

Wilson makes his only Northern California appearance for the tour on Dec. 22 at the Luther Burbank Center for the Arts in Santa Rosa.

Jardine and Wilson first met in high school in the Southern California town of Hawthorne, and their musical partnership spans six decades. "With Brian, we have a pretty solid bond," Jardine says. "I have a deep regard for his leadership and his creative mind, which never ceases to amaze me even now. He has the uncanny ability to reinvent the wheel."

At 76 years old, and with a career that has taken on mythical proportions and included periods of reclusiveness and struggles with mental health, Wilson has been semi-regularly touring and writing music for more than a decade. "I haven't written any songs for a while," he says, "but I will be soon."

For the upcoming show, Jardine says the band will split the set with classic holiday songs like "White Christmas" and "Auld Lang Syne," with Jardine taking lead on a few tunes, Chaplin offering his renditions of songs like "Run Rudolph Run" and Wilson singing Beach Boys' hits like his personal favorite, "California Girls."