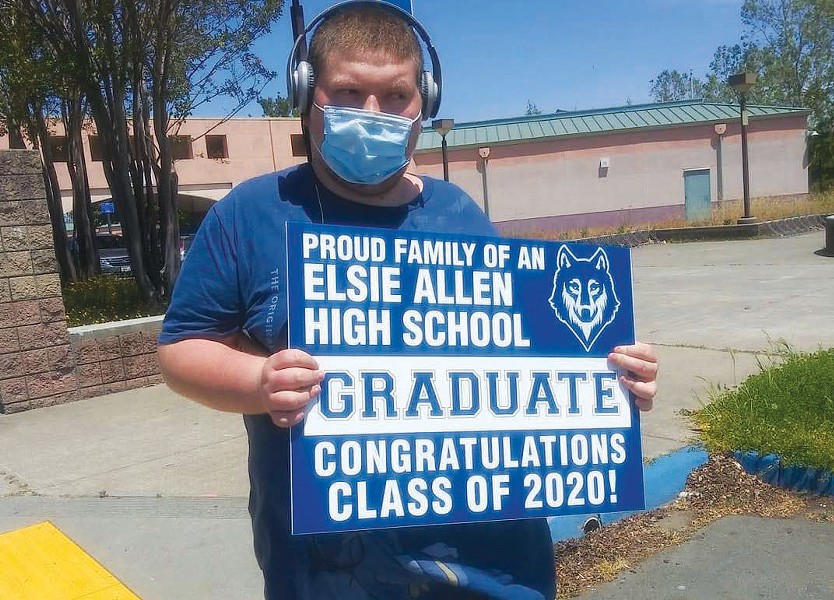 Change, especially in the cannabis world, doesn’t happen suddenly, but rather in stages. Herman Hernandez, a long-time community activist and a savvy public-relations professional, says, “For years nonprofits weren’t supposed to take cannabis money for fear that the federal government would cause trouble.”

Now, however, much of the stigma has gone, and community groups are reaping big benefits. Pot farmers and dispensary owners are receiving recognition for putting their money where their mouths are. It’s a win-win situation.

A hefty part of the local cannabis industry has embarked—in the midst of Covid-19—on a landmark project to help feed hungry people, some of whom have been and still are homeless and living in shelters.

The industry has partnered with socially responsible folks, including Santa Rosa City Councilman Jack Tibbetts and organizations such as Daily Acts, the grassroots nonprofit based in Petaluma.

“Seeing our local cannabis industry work with Daily Acts to help those less fortunate with farm-fresh local food opportunities is fantastic,” Fifth District Supervisor Lynda Hopkins says. “My husband and I have planted vegetable-starts to contribute to the effort.”

Trathen Heckman, the executive director of Daily Acts, dubbed the campaign “Be the Change.”

Adults, as well as kids who are bored, can plant seeds, cultivate and harvest, and feel they’re part of the campaign.

One of Sonoma County’s crucial change agents is Ron Ferraro, the CEO at Elyon, the local company that grows high-quality weed and makes concentrates, pre-rolled and more, available from Arcata to Stockton and beyond. An ex-New Yorker and a former builder and contractor, Ferraro can put together any kind of shelter.

The Elyon team has built greenhouses at Los Guilicos and has also provided soil, seeds, irrigation and mesh to keep out pesky gophers. It will do much the same at the Sonoma County Fairgrounds.

“In some ways, building raised beds is better than handing out money—it gives people a connection to the earth and helps them help themselves,” Ferraro says. “Only eight percent of the food we eat here is grown here. We have to change that.”

“I’m just glad I can contribute,” he tells me.

When graduation ceremonies were canceled this year at El Molino and Elsie Allen high schools, Elyon made signs in Spanish and English for graduates and their families to stick in the ground in front yards.

Some grads celebrated the ceremony-free commencement, I suspect, the way high schoolers have done for decades—in a cloud of jubilance.

Jonah Raskin is the author of “Marijuanaland: Dispatches from An American War.”