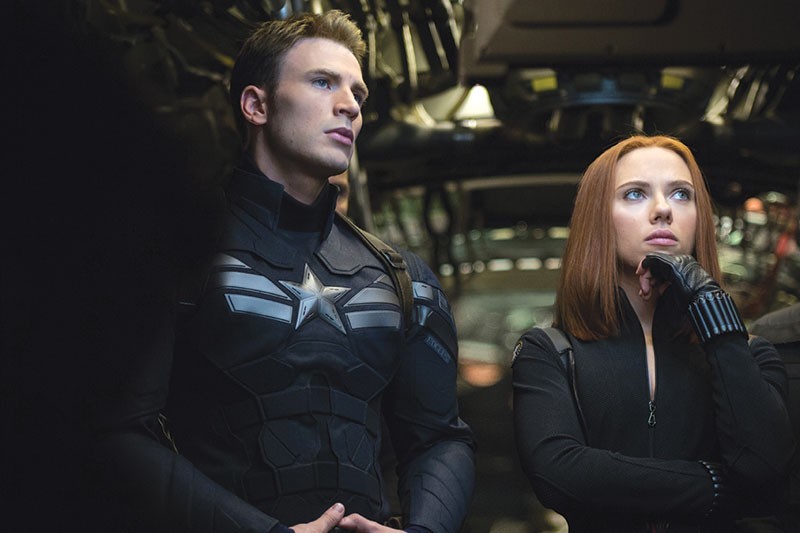 Asthmatic stripling Steve Rogers (Chris Evans) yearned to serve in World War II. The Army made a super-soldier out of him. After a battle with the Naziest Nazi of them all, the Red Skull, he was entombed in ice and defrosted after 60 years. International relations are sadly more complicated now than in his day.

The Russo brothers' Captain America: The Winter Soldier has a seductive argument, suggesting that things began to go drastically wrong in America right after a slightly fictionalized version of the Office of Strategic Services' Operation Paperclip, which brought German scientists to the United States.

The national security agency SHIELD is about to launch its Insight Project, the ultimate drone program. Shilling for it is SHIELD director Nick Fury (Samuel L. Jackson), working in tandem with presidential liaison Alexander Pierce (Robert Redford). Captain America, already restless at being "Fury's janitor," is dubious: "I thought the punishment came after the crime."

The agency turns out to be riddled with moles. Fury is dealt with; the Captain and agent Natasha Romanoff, the Black Widow (Scarlet Johansson) flee for cover. Help arrives from a Mideast war vet, Sam Wilson (Anthony Mackie), who has access to a previously unknown technological weapon.

The Winter Soldier gets filled to the brim with Marvel fodder—but there is breathing room throughout, and the film has a surprising amount of feeling. Chris Evans isn't a thrilling actor, but he does suggest a little lost guy caught in the strapping body. You end up feeling a bit protective of him.

A tasty paranoid strain comes out in this "education of Captain America" movie, and it echoes what Redford (far more entertaining here than he is in his civics-lesson movies) did everywhere from Three Days of the Condor to Lions for Lambs. Refusing to be bamboozled by real politik, Captain America abides. In a world of impotent liberals, isn't it nice to see a nearly omnipotent one?