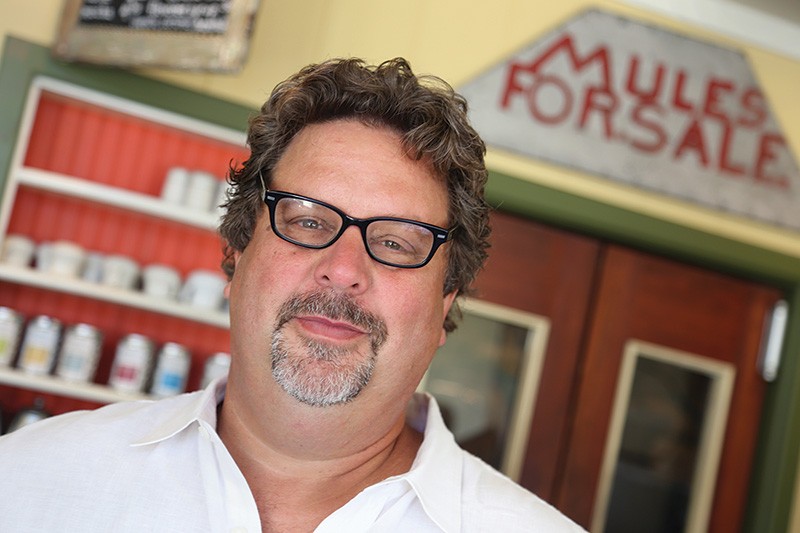 Menus can feel like they're written in stone and made to last forever. At Willow Wood Market Cafe in Graton, executive chef Matthew Greenbaum wanted to revise his menu each year. Foodies, including his own mother and stepfather, begged him not to change anything.

"They insisted I couldn't cut a starter or an entrée, because that's what they'd order every time they came for lunch or dinner," he says on a balmy Wednesday night when the front room is hopping and the kitchen is humming. "Changing a menu is similar to rewriting a story: you don't want to lose the feeling of the original."

After years of tweaking and tinkering, Greenbaum finally came up with a new menu in May. While he retained the flavors of the original, he also messed with heads and habits. Judging from the crowds, regulars seem to approve. They come back for breakfast, lunch and dinner, and they bring friends.

When it first opened in 1995, Willow Wood turned out consistently good food, and in the process changed West County palates with dishes, like polenta, that are now standard fare almost everywhere. Then, for a time, Greenbaum's sister restaurant across the street, the Underwood Bar and Bistro, stole the culinary show and relegated the Willow Wood to the back burner.

Twenty years later, the old kid on the block is better than ever, with new Italian and Mexican dishes aimed to please diners with bolder tastes. And there's a lot more: new comfort food, new salads, new starters, plus a new kids' menu and an array of new libations that includes a delicious Kir Royale ($7) and a mimosa with Prosecco and orange juice ($7) that's sweet yet not sugary.

For kids—there were several who sat quietly and ate happily on my visit—there's a plate of buttered noodles with fresh Parmesan ($6.75), and a grilled cheese sandwich with tart, sliced apple ($6.75).

For adults, there's a large, creamy chicken potpie with a flaky crust, along with bite-size carrots, peas, potatoes, mushrooms, celery and onions ($14.75). The spaghetti and meatballs ($14.75), made with finely ground pork, beef and veal, comes with a rich marinara sauce. Not surprisingly, it's one of the most popular dishes on the menu. Many of us still crave pasta, even if it does have all those nasty carbs.

The grilled pork tenderloin with polenta and a mushroom and leek ragout is tender and good ($19.75). The baked goat cheese with fennel and arugula ($10.50) goes well with the grilled flatbread, which comes with bright green pesto and marinated olives ($10.95).

Not everything has gone by the wayside. There's no way that Greenbaum could drop the roasted tarragon chicken with garlic mashed potatoes, braised greens and mushroom ragout that can feed two modestly hungry eaters ($20.75).

Four nights a week, there are three-course prix fixe dinners that come with soup or salad and dessert ($29). On Mondays, the kitchen serves a superlative carnitas plate with pulled pork, black beans, tomato and avocado salsas, and warm corn tortillas. On Tuesdays, it's fried fish tacos with a radish salsa.

At Willow Wood, you can sit and eat at the counter, on the patio in the back or in the main dining room at a small table made for two or a large table perfect for family and friends.

The wine list is not extensive, but the prices are modest. The 2014 Balletto rosé ($8 a glass) is refreshing. The 2012 Seghesio Zinfandel ($9) goes well with the spaghetti and meatballs, and the grilled hanger steak with garlic mashed potatoes ($23.75). It's the most expensive entrée on the new, souped-up menu.

The waitstaff aim to please. They're not obtrusive, and they don't disapprove of anyone's taste.

On a recent Wednesday, George Segal, Greenbaum's stepfather—81 years old and starring in ABC's The Goldbergs—inspected the new menu, and approved. But he chose his longtime favorite: an open-faced smoked salmon sandwich with chive cream cheese, sliced cucumber and tomato ($15.95). For dessert, he went for the traditional root-beer float made with Häagen-Dazs vanilla ice cream and Henry Weinhard's root beer ($6.75) Some habits die hard—or don't die at all.

Outside after dinner, the stars began to emerge on the horizon. Kids rode their bicycles in circles, and the hamlet of Graton turned on its lights and settled in for a cozy summer evening.