The Post Carbon Institute's Richard Heinberg on the so-called petro-boom, the folly of fracking and the ways we can get back on track

It's true. In his 2012 State of the Union speech, President Obama estimated that there's enough gas "down there" to fuel the country for nearly 100 years. Daniel Yergin, considered one of the world's foremost authorities on global energy, told Radio Free Europe on June 2 that the shale gas windfall "means that there is a rebalancing of world oil production that is now occurring, and it points to greater stability in the oil market and not that fear of shortage and peak oil that was causing so much difficulties for the global economy half a decade ago."

Even George Monbiot, The Guardian's environmental columnist, conceded defeat after years of writing about peak oil. "There is enough oil in the ground to deep-fry the lot of us, and no obvious means to prevail on governments and industry to leave it in the ground," he wrote in July 2012.

Heinberg, on the other hand, appears unshaken. The increase isn't something we should get used to, he says, pointing to the data uncovered by the Hughes report. What we should be doing, rather than looking for ways to extend and continue our fossil-fuel dependent lifestyle, is investing time and energy into building renewables, while there's still the energy available to build wind turbines and solar panels.

Heinberg is also a big supporter of the Sonoma Clean Power initiative, not only because it will allow the county the chance to get out from the grip of the PG&E monopoly, but because of its potential to function as a bridge to the other side: "It can speed up the rate at which we transition to renewables here in Sonoma County," he adds. 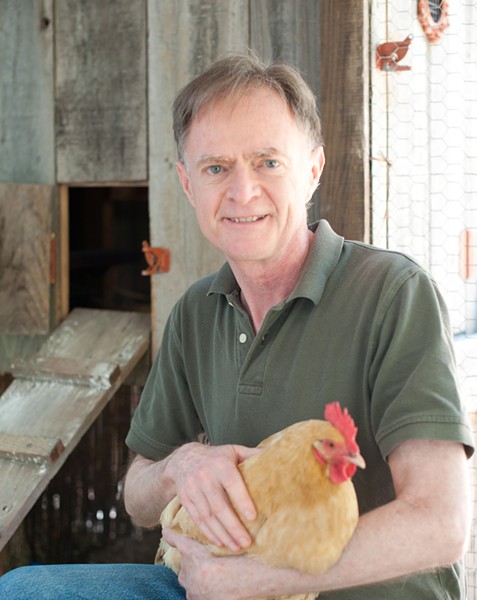 Heinberg's obsession with energy began in 1972, at the age of 21, after reading The Limits to Growth, a controversial, statistics-driven study that projected possible scenarios for the 21st century based on world population, industrialization, pollution, food production and resource depletion. Dismissed as doomsday prophesying by the economics world, it triggered others to seriously consider resource depletion.

The book sent the young writer into a period of thinking the apocalypse was just around the corner. He spent the ensuing years studying—acting as personal assistant to mythologist Immanuel Velikovsky and writing books that would help him sort out why "one species would be driving the whole world toward the precipice."

Heinberg's first two books focused on mythology and summer solstice rituals around the world. It wasn't until the late '90s that he began to understand that the history of energy was the biggest story around.