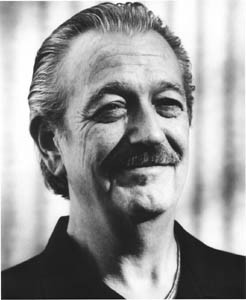 Take a Little Trip: Charlie Musselwhite goes where the music spirit moves him.

Blues with a Feeling

There are people who try to figure out how to make a hit record," says three-time Grammy-nominated harmonica ace Charlie Musselwhite. "My approach is to play as honestly as I can, straight from the heart, and hope that it touches somebody too. If it does and it works, then that's the key.

"You know," he continues, "music is such a fleeting thing--you play it and it's gone. It's not like a sculpture or a painting or a book. It's just out in the air, and you have to constantly keep recreating it and hope that it is reaching the listener."

Musselwhite, who moved to Sonoma County in 1991, has been crafting heart-felt blues for more than four decades. This spring, he released the critically acclaimed One Night in America (Telarc), contributed to a trio of high-profile tribute albums, and picked up his 11th and 12th W. C. Handy awards, the prestigious national blues honor. "Yeah, I've been racking 'em up over the years," the soft-spoken blues musician says during a phone interview from his ranch.

Musselwhite, who performs on New Year's Eve at the Mystic Theatre, has tapped his country roots for some of his best recordings to date. One Night in America, featuring country-singing sensation Kelly Willis, bristles with the blues, country, gospel, and early rock and roll of Memphis, the music mecca that Musselwhite once called home. It's Musselwhite's first album since a near-fatal car crash in Mexico a couple of years ago that left him hospitalized for several weeks.

One Night in America marks a strong return to form.

Musselwhite was born in Kosciusko, Miss., in 1944 and moved upriver to Memphis 10 years later, his family joining the wave of sharecroppers seeking better jobs in the post-World War II South. Musselwhite became immersed in that city's diverse musical culture. He went to elementary school with Johnny Cash's brother, Tommy, and lived down the street from rockabilly legends Johnny Burnette and Slim Rhodes. "It was the first time I ever noticed a whole houseful of people with bloodshot eyes," he says of those late-night jam sessions at the Burnette household.

At 18 he packed a harmonica and headed north on Highway 51 to search for a factory job in Chicago. Instead, he found urban blues, in all its soulful, gritty glory, reigning supreme at such famed black Southside nightclubs as Pepper's Lounge, the Blue Flame, and C&J's Lounge. Sitting in with the likes of Muddy Waters, Howlin' Wolf, and harmonica great Little Walter Jacobs, who took the youth under his wing, Musselwhite soon became a much sought-after session player.

He learned his lessons well.

Onstage, Musselwhite is a blues powerhouse who electrifies audiences with sheer virtuosity and soaring, robust solos that range from a fiery wail to a beautiful melancholia. He's constantly "reaching and stretching," he says, not only mentally but with his heart.

"For me, when I'm soloing, there's this thing I'm looking for," he once explained. "You'll be rolling along and all of a sudden there'll be this spark; it's not a conscious thing that you're doing. Like Charlie Parker said, 'I just hold it and let it sing.'

"I guess you could say it's a spiritual kind of plane."

In 1966 Musselwhite released his first album for Vanguard Records, Stand Back! Here Comes Charlie Musselwhite's Southside Band. It was one of the first blues albums marketed to a white rock audience and established Musselwhite as a major blues act. Since then, he has guested on John Lee Hooker's Grammy-winning comeback The Healer, joined Bonnie Raitt and others in a Showtime cable special, recorded with Bob Weir of the Grateful Dead, explored Cuban melodies with the red-hot band Cuarteto Patria, and most recently toured with gospel legends the Blind Boys of Alabama.

But he's never left Memphis far behind him. His childhood informs several of his recent songs, especially the autobiographical "Blues Overtook Me" from One Night in America, and "Charlie's Old Highway 51 Blues" (appearing on Fabulous Thunderbirds guitarist Kid Ramos' Greasy Kid Stuff), which won the W. C. Handy Award this year for Blues Song of the Year.

He is now working on the follow-up to One Night in America. And while Musselwhite can't reveal any details, he says the producer is shooting for something mysterious. "I know that's a wide-open term, but we'll see where it ends up," says Musselwhite, waxing philosophical. "Often, you go into the studio with a set idea and then once all the players get together, the session suddenly will take a turn in another direction. You just follow the will of the music--the music will show you which way it wants to go.

"You just hope for the spirit to show up and take you on a trip."