Jason Newsted turns it down on acoustic project 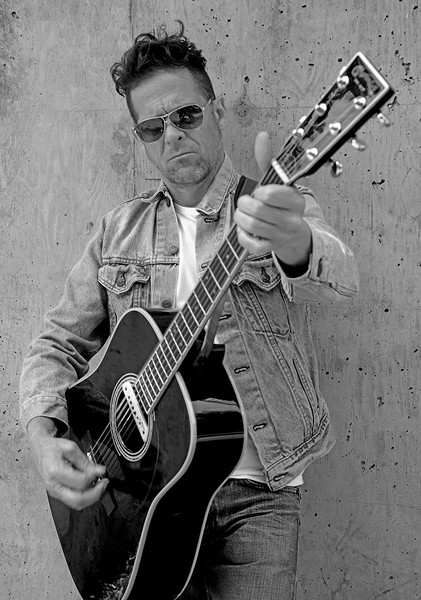 Bassist Jason Newsted joined Metallica in 1986 and spent 15 years as part of the biggest metal band in the world. Since leaving Metallica in 2001, he's stayed enmeshed in the genre through several projects.

For his latest outfit, Jason Newsted & the Chophouse Band, the Rock and Roll Hall of Fame musician goes acoustic, sharing a collection of classic American songs this month with intimate performances in Mill Valley, Napa and Sebastopol.

The name Chophouse goes back to 1991, when Newsted designed and built a studio space in his San Francisco home to jam with an eclectic crew of friends and fellow players.

"For 25 years, we've been putting these blends of people together to make this soup with really no agenda," says Newsted. "By playing with other people of other styles in the Chophouse, when it came time to go play 'Enter Sandman' for the 3,000th time, you come back with a fresh approach."

Over the years, the players and recordings in the Chophouse opened his mind to more music. "I learned from the Chophouse how to be better in my real-world activities," he says.

More recently, Newsted has spent time concentrating on his acoustic guitar and collecting a catalogue of over a hundred songs from the likes of Johnny Cash and Neil Young that he can play with his rotating roster of musicians; he hasn't played these songs in public until this year. A big part of deciding to share these songs, he says, came from caring for his ailing mother in 2013.

"I would take time to play her some of these songs, and she would really dig it," Newsted says.

"I saw which songs my voice lent the most to and picked my spots, and by playing for my mom, it made me want to do my vocal warm-ups and lessons and all that so I could sing better for her."

For the upcoming performances, Newsted plans to start the show solo before welcoming percussionist Rob Tucker and building the number of players gradually through the largely acoustic set.

"You can jam without your ear ringing, you can hear everybody and get three- and four-part harmonies going, stuff I haven't really done in my career," Newsted says. "I'm finding a lot of firsts as we take [the band] out and show it to people."