Play detective and discover a hidden North Bay with the Sonomist

The Sonomist's Healdsburg Mystery Missions are available for $19.95 each through summer 2018. thesonomist.com. 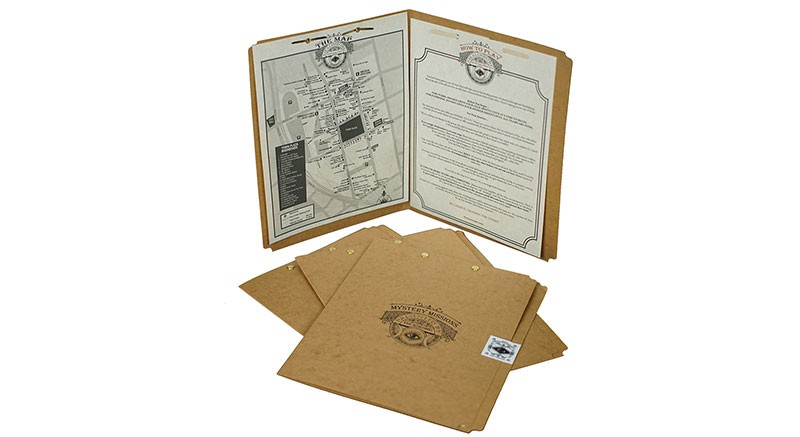 Healdsburg is known for its quaint downtown, galleries, wineries and a plaza that draws locals and tourists.

Yet under the surface of the town's attractions lies puzzling mysteries and hidden treasures, ready to be uncovered in the new "mystery missions" offered by the Sonomist, the alter-ego of local writer and mystery enthusiast Bethany Browning.

"My whole life, I've been into puzzles, riddles, anything that has me unearthing or finding something that nobody knows about," Browning says. "I've always sought out these experiences, like the San Francisco treasure hunts they do on Chinese New Year. I've always been involved in this world."

After noticing several small points of interest in and around the Healdsburg Plaza, Browning conjured up her own mystery mission as a one-time corporate team-building experience, which then sat in a drawer for years, before being revived as the Sonomist last year.

Drawing on old-school spiritualism and a bit of steampunk in its aesthetic, the Sonomist's clue-based scavenger hunts capture the imagination and provide a new perspective on the North Bay, even for locals.

When would-be detectives sign up for one of two Healdsburg mystery missions, which can be played in groups of up to six or competing teams of two or more, they are directed to a secret bunker somewhere near the plaza that contains a folder of clues, rules, maps and other materials.

Each mission takes around 90 minutes, though these missions are also a chance for visitors to explore the plaza. There's no penalty for winetasting or window shopping.

Some of the hidden gems that the mystery missions reveal to participants include historical artifacts, plaques and art.

"I think once people start playing this game, they'll start seeing these things too in their daily lives, and not just Healdsburg, but all over," says Browning. You "get in tune to the smaller, tinier details of what's happening around you when you start thinking this way."

Browning is already planning to expand her games to Sonoma and Windsor.

"Sonoma is a treasure trove. I think I can get about three different missions out of downtown Sonoma," says Browning. "There's so much history, so many things people walk past without noticing on every corner there."

While Windsor is a newer and smaller area to explore, Browning envisions a kid-friendly mission there. (The current mystery missions are family-friendly, but geared toward adults.) "It might be fun for younger kids to get their feet wet with this kind of off-screen, analog play," she says.