In 'Son of Saul,' one man reclaims humanity amid the inhumane 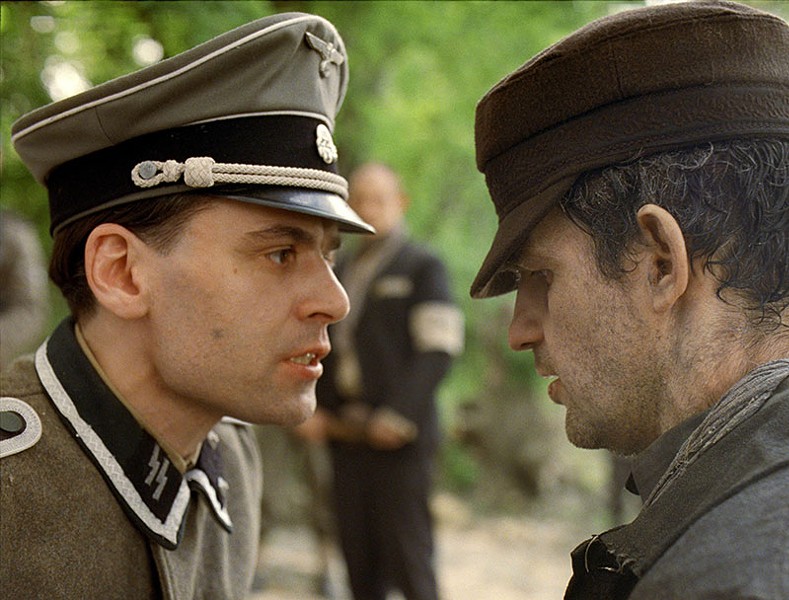 Son of Saul is one of the top 10 films of last year, and one of the finest films ever made about the Holocaust. First-time director László Nemes won the 2015 Grand Prize at Cannes for the film.

Son of Saul is impressive in many ways, but the film's successful blend of close focus and a leafy, transcendental finish is perhaps its most startling accomplishment. Géza Röhrig plays Saul, a Sonderkommando in Auschwitz—a prisoner forced, on threat of death, to dispose of the dead. During the routine of scrubbing bodily fluids off the floor of the gas chamber, Saul discovers something doubly remarkable: a boy who is not only still alive, but who appears to be his own son.

Though the boy dies, something in this shut-down man comes alive. Using favors and pleading, he claims the body in hopes of burying it with the traditional Jewish prayer, the kaddish, to be performed by a rabbi, though there's some doubt among Saul's fellow inmates about the identity of the boy. And there's also a counterpoint: the war is already lost, and the Nazis are accelerating the process of killing, intensifying the violence and fury of the camp.

Son of Saul's model might be the Dardennes brothers' 2002 film The Son, which followed a subject from a distance of about three feet, as he carries out a mysterious, perhaps lethal errand. The superb Röhrig may have the thousand-yard stare of a traumatized man, but what he sees is in very close focus—we're in his own personal bubble, and the carnage around him is all out of focus. He's beyond shock. He's slumped, trying not to look or listen—people not minding their own business get shot faster.

Seeing the Holocaust through his experience makes you feel you've seen more of the camp than you'd imagined possible. Saul's seizure of his own humanity through this insistence of a proper burial is a grand act of defiance.