On May 25, as his brainchild company went public, Mark Zuckerberg's face filled the multistory video screen adorning the Times Square Reuters Building, his image a grinning vision of triumph—little brother as Big Brother.

In the 30 seconds after the bell rang at the NASDAQ exchange, more than 80 million shares were traded, and with the IPO (or, really, the night before, when underwriting banks bought the stock from Facebook), Zuckerberg made $25 billion.

But he wasn't making any money off me.

I joined Facebook in 2007, when you still had to identify your school to become a member. Carefully curated pics were promptly uploaded to my profile, and soon I was scrutinizing my future college classmates, accepting friend requests with bright-eyed, bushy-tailed pride. I was never really addicted to Facebook, but for several years I would log on at least once daily, friending old summer-camp acquaintances and lustfully stalking sweet Laxers (look it up).

After a while, however, I found posting and viewing spring-break beach shots (cellulite airbrushed out, cleavage brushed in) vaguely vulgar. The entire site seemed to be based around a strange, self-branding tango of exhibitionism and voyeurism. Still, I maintained my account to keep in touch with friends, to make sure my little sister didn't post any photos she would live to regret and to participate in the enduring who-looked-hot/-not dialogue with my peers.

Initially, I was even excited by the sharp-shot targeted ads. "Eee-gadz! I do want to check out that conflict-free diamond tennis bracelet, I do want to support Prop. 19 and I do want to invest in blue-light acne treatment!" I found myself cooing over and over again. But after a while, Facebook's apparent telepathy had me jittery. I was a twenty-something, prep-school-educated Californian with a hazily expressed penchant for all things acceptably unorthodox, and Mark Zuckerberg and his army of youthful-genius programmers had successfully pigeonholed me. I found myself fitting perfectly into the Facebook algorithm (or, rather, it fitting perfectly into me), and no number of Grateful Dead dancing-bear T-shirts could counterbalance it.

My attitude toward the site had already generally soured when I heard last February that Facebook was going public, but within a week of the news, I deactivated, permanently, and I'll tell you why. 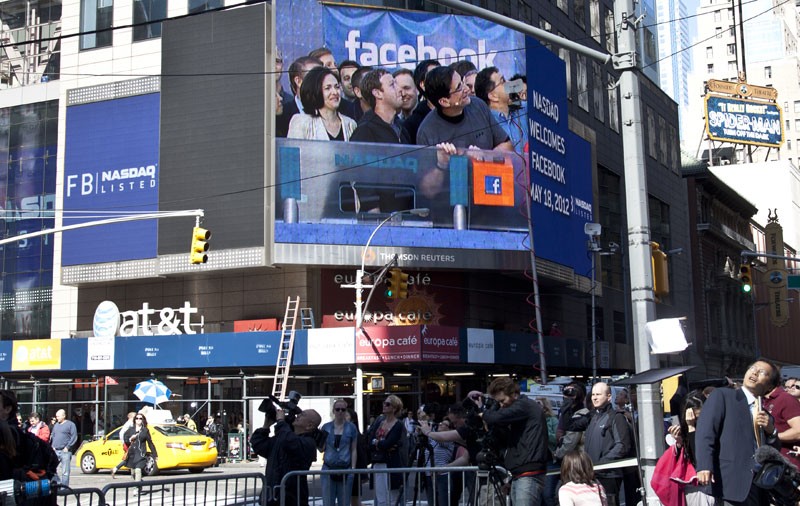 Aside from Facebook's use of my clicking habits and social network connections to tailor ads, I had another unsettling realization. Facebook is a service and a product to its users. But they pay nothing to use it, and there is no native revenue stream. The value of the company—its main asset, to itself any and potential business partners—is the users themselves, and access to them and their information. What they were planning to sell shares of was me. It was you.

With 900 million users, and an initial $104 billion valuation, let's say each Facebook profile is worth about $100. Now, the relative worth of a profile varies, of course, based on level of engagement and other factors, but for argument's sake, to Facebook—and now to its shareholding public—you are worth about as much as a matinee ticket to a Broadway play. But that's just one you. It's the collective YOU that really matters.

Of course, data gathering as a for-profit enterprise is not unique to Facebook. For instance, the other company of comparable size whose main product and asset is its users is Google. But there's a key difference: Google is transitive, whereas Facebook is reflexive. In other words, Google and its data collection are outward moving, leading to other destinations on the web, other resources; Facebook's project builds entirely on the sum of its users interactions with one another.

In this sense, Google could be likened to a librarian, whose services we enlist in exchange for the concession that what books we ask for will be tracked. Facebook, on the other hand, is like a party that all your friends attend, but in order to be there yourself, you must agree to have all of your interactions recorded.

In this way, the data, the information and therefore the value of Facebook is internally generative: the more interactions, the more information, the more the collective YOU is worth. And the rate of addition to the data value is astonishing. According to Facebook's own numbers, more than 3 billion "likes" and comments are posted per day, along with the uploading of more than 300 million photos (per day!).

It's then either a postmodern joke or a Marxist irony (or both at once) that we are able to buy shares of us. But either way, I don't want you buying shares of me.

(Add to this the further irony that before the ostensible "public" offering of Facebook's stock, the vast majority was spoken for by the big-ticket clients of the banks that underwrote the IPO. And of the shares that were available to retail outlets, those were distributed preferentially to clients with the biggest accounts.)