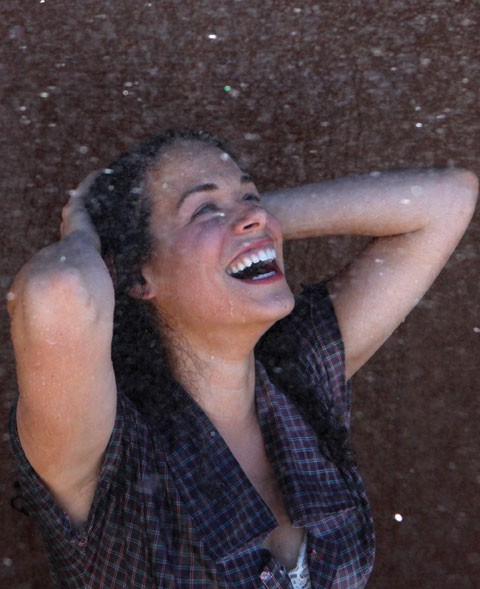 Now running at Petaluma's Cinnabar Theater under the direction of Elly Lichenstein with musical direction by Mary Chun, this obscure 50-year-old artifact is given a warm and affectionate staging, making a pleasant experience out of what is, ultimately, not much of a musical.

Based on Richard Nash's celebrated 1954 play The Rainmaker, 110 in the Shade was created by Tom Jones and Harvey Schmidt (The Fantasticks), with book by Nash. After running more than a year on Broadway, the show quickly faded away. A major Tony-nominated Broadway revival in 2007 brought the show back into public awareness, and since then—assisted by a bouncy original cast recording featuring Audra McDonald and John Cullum—110 in the Shade has become increasingly popular among community theater companies.

The plot is its own "simple little thing," perhaps a little too simple for the play's two-and-a-half-hour run time, which at points feels a little stretched out and threadbare. In the midst of a crop-destroying heat wave, a silver-tongued con man named Starbuck (a perfectly cast Tim Kniffin) visits the tiny town of Three Point sometime in the 1930s.

Promising that for $100 he will make it rain within 24 hours, Starbuck captures the imaginations of everyone but Lizzie (Kelly Britt, with a strong operatic voice), recently convinced her dreams of romantic love will never come true. As she slowly warms to Starbuck's wild stories, and his insistence that she's more beautiful than anyone can see, Lizzie undergoes a profound personal awakening that ends up taking everyone—her father, brothers and especially herself—by surprise.

Jones and Schmidt's songs are pretty but instantly forgettable, disappearing from memory as fast as a drop of water on a frying pan. And the datedness of the material, with its pre-feminist obsession with women's need to appeal to and take care of men, is historically accurate but less than charming.

Still, there are marvelous moments here, from Starbuck's rousing entrance to Lizzie's spectacular, beautifully acted moment of self-discovery. As she finally sees her own inner beauty, Britt transforms before our eyes, suddenly glowing with delighted confidence.

The songs may not be memorable, but that one magical moment will be hard to forget.