Copperfield's Books gets the big names for its fall event schedule 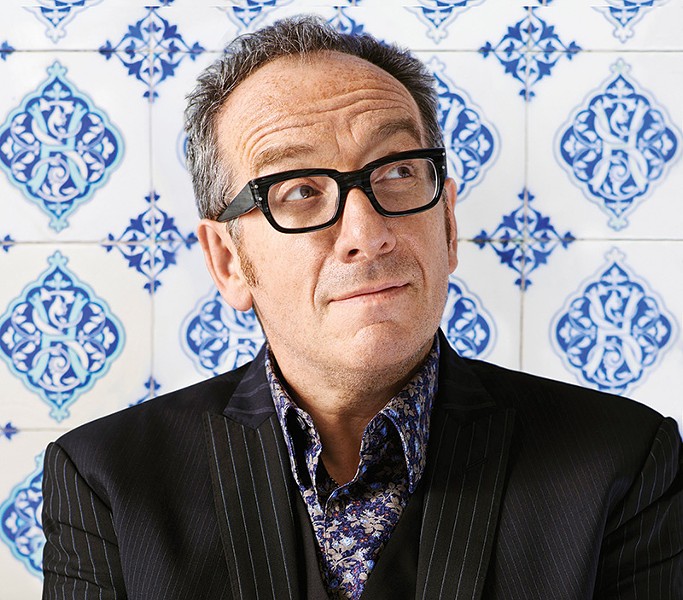 Three decades and seven stores later, the independent seller has remained a popular destination for locally minded readers from San Rafael to Calistoga, where local bookstores were once thought to be endangered species.

A large part of Copperfield's success is its continued offering of author events and A-list readings.

"Part of our mission is to bring writers and authors into the community and enliven the cultural scene through the bookstore," Jaffe says. "We've always had a strong events program; this just happens to be probably our strongest year ever."

On Oct. 23, alternative-music icon Elvis Costello appears at the Napa Valley Performing Arts Center at Lincoln Theater in Yountville. Fresh off last year's release of the collaborative album Lost on the River: The New Basement Tapes, Costello comes to the North Bay to promote his new rock and roll memoir, Unfaithful Music & Disappearing Ink. For the event, he appears in conversation with Michael Krasny, host of KQED's live call-in program Forum.

On Oct. 29, Copperfield's hosts long-distance swimmer and author Diana Nyad reading from her book, Find a Way. Nyad is best known for her 2013 record-breaking swim from Cuba to Florida—undertaken at the age of 64. "Find a way" became her personal mantra in that endeavor. Nyad shares her message of perseverance at the Hyatt Vineyard Creek Hotel and Spa in Santa Rosa.

November brings more events, including a reception and reading by celebrated North Bay artist Tom Killion. This event begins at the Copperfield's Healdsburg store before moving to a reception at Bob Johnson Art Gallery on the Plaza, with some of Killion's prints available for sale.

Copperfield's wraps up the fall schedule with perhaps its biggest name yet, when it presents bestselling author Mitch Albom at the Santa Rosa High School Auditorium on Nov. 19. Albom is known worldwide for his memoir Tuesdays with Morrie, which spent four years on the New York Times bestseller list. His new novel is The Magic Strings of Frankie Presto.

In addition to these events, Jaffe is looking forward to this December, when Copperfield's Books opens its eighth location, in the heart of downtown Novato's historic Old Town.

As he looks at the packed fall schedule, Jaffe knows that Copperfield's couldn't survive without the community. "It really says something about the North Bay that people like to shop their local stores and support local businesses," he says.