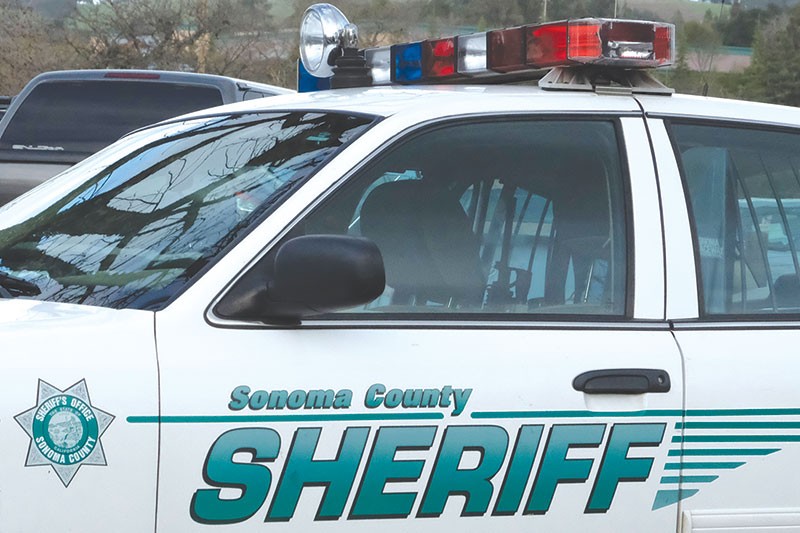 It's a case that Santa Rosa defense attorney Izaak Schwaiger calls "over the top and unprecedented as far as Sonoma County goes." A 2016 domestic-abuse call in Boyes Hot Springs led to a felony excessive-force charge against (now former) deputy Scott Thorne of the Sonoma County Sheriff's Office (SCSO).

Schwaiger is in the midst of settlement negotiations with Sonoma County over the deputy's actions, which included use of a stun gun on the victim, who was also struck with a nightstick. Thorne has pled not guilty in the October 2016 incident and is due back in court later this month. The incident occurred barely a year after the county paid out $1.25 million in another excessive-force incident at the county lockup.

The negotiations are underway as other aspects of the incident are about to come to a head. Last week, a sheriff's office internal investigation of the actions of two other deputies on the scene with Thorne was sent to Sonoma County Sheriff Steve Freitas for his review. From there, the report will go to Jerry Threet at the county's Office of Independent Law Enforcement Review and Outreach. Threet's job is to audit the review and see if he agrees with its conclusions.

To date, the two other deputies have not been charged or implicated in anything related to the incident. Records at Transparent California show that one of the deputies, Beau Zastrow, has been on the force since 2013 and Deputy Anthony Diehm joined the agency in 2015. As has been widely reported, Thorne had worked for the sheriff's office for less than a year and was a probationary officer without civil service protections.

The SCSO investigation of the officers' actions is not a public record. It may find that Zastrow and Diehm were complicit in some way—or that they were in the unenviable position of having to subdue an irate suspect who was reportedly resisting arrest in his bedroom, while also dealing with a colleague whose actions would end up with him being charged with a felony.

All charges against the suspect were dropped. Schwaiger has identified him only as a Latino man and a veteran in his late 30s with no criminal record.

In a recent interview with the Bohemian, Threet praised the sheriff's office for its initial handling of the Boyes Hot Springs incident, based on the SCSO's actions in the immediate aftermath. After the incident, Freitas swiftly reported that Thorne was no longer working for sheriff's office. It's unknown whether he was fired or resigned because of state law that shields peace officers' personnel records from public scrutiny. The SCSO conducted an administrative review of body-cam footage that revealed a crime may have been committed. Investigators at the Santa Rosa Police Department, which conducted a review per the sheriff's office request, concluded that a crime had been committed and forwarded a felony excessive-force charge to the Sonoma County Office of the District Attorney. Thorne was arrested and charged in January.

Meanwhile, an explosive investigation by reporter Julie Johnson published in last Sunday's Press Democrat revealed that Thorne was hired by the sheriff's office even as he had three complaints filed against him in Richmond over 10 months, which included an incident that involved a Latino suspect and two other officers—and a domestic-abuse call. That incident was settled via a civil rights lawsuit and a $172,500 payout to the victim. Johnson reported that Thorne and the other two officers were cleared of excessive-force charges after an internal investigation.

Richmond city attorney Shannon Moore told the Bohemian that Thorne worked on the Richmond force until 2002, but couldn't provide further information about the circumstances of his departure.

The California Peace Officers Standards and Training (POST) is responsible for setting the guidelines for the hiring of law enforcement officers in California, which Crum says the agency adheres to. "[The] sheriff's office does interviews, background and hiring. [The] initial job interview is conducted by a panel of three deputies, sergeants or [a] combination. If a candidate scores high enough on the interview they are sent to background investigations. Background investigators would review previous personnel files."

In his recent interview with the Bohemian, Threet noted that he is also charged with reviewing hiring policies at the SCSO.

"At this point, this case is in a pre-litigation stage," says deputy county counsel Petra Bruggisser via email, "and our office does not comment on matters related to pending or impending litigation, including settlement discussions."

This is the second time in a year that Sonoma County has found itself in pre-litigation settlement negotiations with Schwaiger stemming from an excessive-force charge leveled against deputies at the SCSO. In January 2016, the county paid $1.25 million to Esa Wroth. An intoxicated Wroth had been Tased some two dozen times in the intake and booking area at Sonoma County's Main Adult Detention Facility, which gave rise to the settlement.

The agreement Schwaiger hammered out with the county came with a stipulation that Wroth wouldn't pursue any further legal action against the county or its employees. And the county made the payout—which was signed off by the board of supervisors—without admitting any complicity in the eventual settlement.

But unlike the recent arrest in Boyes Hot Springs, no officers were arrested in connection with the Wroth incident, and there was no ongoing criminal complaint against a former deputy animating the pre-litigation negotiations. Schwaiger could not say when negotiations with the county would conclude.

"We're not even close to this being finalized," he says.