Venue tries to distance itself from Bill Cosby show—tickets on sale now! 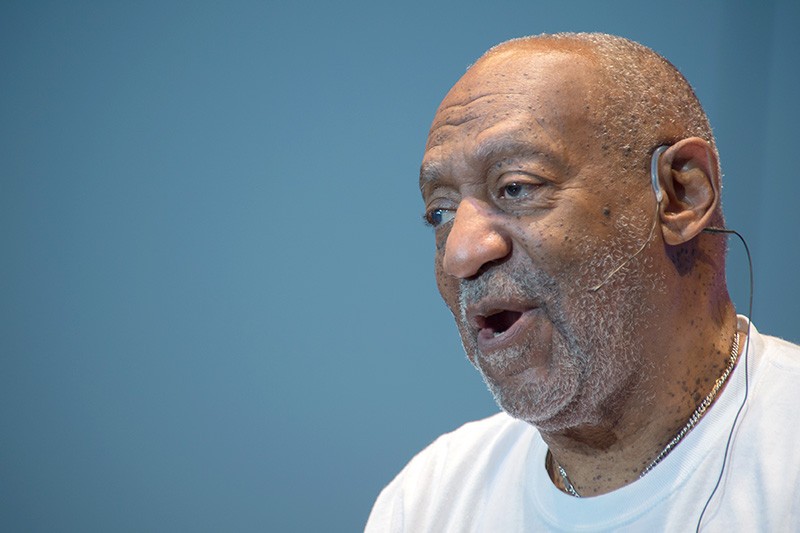 The scheduled June 6 appearance of Bill Cosby at the Wells Fargo Center for the Arts remains a go—and the financial institution that gives the center its name doesn't want to talk about it, or him.

The venue itself is offloading responsibility for the show on to the promoter—even as it says there's an as-yet-unveiled "resolution" to the Cosby conundrum.

Cosby has in recent months been accused of drugging and sexually assaulting 24 women over a span of five decades. Yet the Cosby date remains on the Wells Fargo Center for the Arts' calendar despite cancellations at venues around the country—and angry protests at venues that haven't canceled.

Cosby is coming to Santa Rosa even though NBC pulled the plug on the purported pill-pushing patriarch in light of the accusations: they canceled a show-in-the-works that was going to re-catapult Cosby's career to the very heights of Huxtable.

Whoops—TVLand yanked all repeats of The Cosby Show, so you can really forget that Huxtable-redux stuff.

It's bad. But the show must go on in Santa Rosa, despite growing heat on Cosby and his alleged crimes.

A 2008 incident involving Cosby and model Chloe Goins is the only allegation that falls within the California statute of limitations. Goins says she was at the Playboy Mansion for a party and was given a drink by Cosby. Goins says she passed out, only to wake up naked in a bed, she says, with Cosby sucking her toes while massaging his microphone. Goins filed a complaint on Jan. 15, and Los Angeles police say they are investigating the accusation.

Cosby has refused to address any of the allegations against him. He won't comment on "innuendo," he says.

Anne Abrams, publicist for the Wells Fargo Center, says the distinction over who is presenting the event may "seem like we are splitting hairs." Indeed it does, since the venue has the discretion, which it is not exercising, to cancel or postpone the show. It's the only show on the 2015 schedule billed as "Presented by John Low" at the Wells Fargo Center.

Kyle Clausen, director of marketing and promotions at the center, says Low is a "well-respected" promoter out of San Francisco, and that the center isn't about to compromise a professional relationship with him. The Wells Fargo Center has a contract with Low, Clausen says, and the Cosby deal was put together before this latest toe-sucking charge surfaced.

Clausen says there is "a perception in the community over whether we have complete control over whether this happens. We have a contract with John Low—a legally binding contract to put this on."

Clausen says he "wants to do what's best for everybody," and that includes "preserving the relationship with John Low."

What of preserving relationships in Santa Rosa community—for instance, with the 20 people who demanded refunds? Clausen says the venue "certainly has tremendous respect for everybody in the community." He has heard from people who want to see the show canceled, and from others who say it shouldn't be because Cosby hasn't been arrested or charged with anything.

Two dozen women have come forward with complaints against Cosby. That was enough for NBC to blacklist him from their network forever, but not enough to get the Wells Fargo Center for the Arts to cancel his show.

Clausen described the Cosby conundrum as a "complex and unfortunate situation," and added that he is working with the community on a "resolution." He would not say what form that might take, and only added that Low has been looped in to the proposed resolution.

As things stand, the Wells Fargo Center for the Arts has sold about 500 tickets to the Cosby event, refunded 20 others, and there remain over 900 seats to be filled, says Abrams.

Neither Abrams nor Clausen would comment on their personal thoughts regarding Cosby's alleged behavior. Low did not respond to email requests for comment. Attempts to reach him by phone were unsuccessful.

Wells Fargo, the financial institution, has naming rights for the center for about one more year. The Bohemian sent some specific questions about the Cosby appearance at a venue that bears their name. The bank sent back a short response.

"The performing arts center is a 501c3 not-for-profit organization," wrote Ruben Pulido, a Wells Fargo spokesman. "Wells Fargo does not own or operate the center, or manage bookings. Our relationship with the venue is that of the naming sponsor only."

Pulido did not answer a question about whether those naming rights would extend past 2016, and whether that decision might be affected by the Cosby appearance.