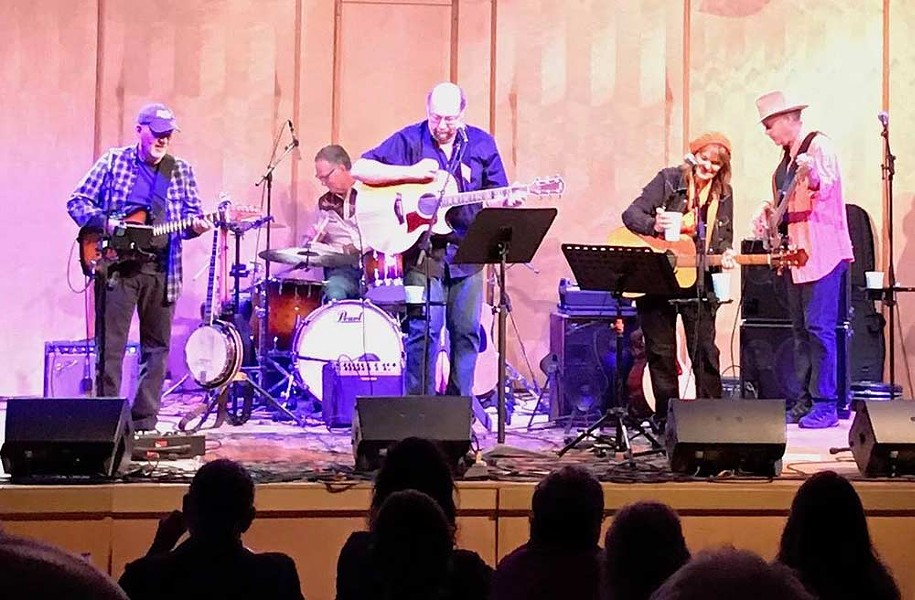 On the longest night of the year, Dec. 21, music will light the way to Occidental for the Cosmic Americana Solstice Dance, featuring Sonoma County favorites Laughing Gravy and the Drifting Cowpokes performing the music of country and rock icons Gram Parsons and Hank Williams respectively.

The show is a late addition to the weekend's schedule, as Laughing Gravy frontman Doug Jayne and friends agreed to fill the stage at the Occidental Center for the Arts in place of singer Teresa Tudury, who had to cancel an appearance due to illness.

"She called me up and told me her symptoms, and I told her she had to bail on this gig," says Jayne, who was to emcee Tudury's concert. When the OCA asked if Jayne could come up with something to replace the show, he looked to his band Laughing Gravy and their main inspiration, Parsons.

"The thing about Gram Parsons is that he died young, but in the time that he was alive, he was a member of the Byrds, and was part of the seminal album Sweetheart of the Rodeo which started the country-rock thing back in 1968," Jayne says.

Parsons specialized in what he called "Cosmic American Music," which blended R&B, rock & roll, country music and blues. That wide appeal of music is on display when Laughing Gravy performs the songs that Parsons made famous, and the group has been a staple of the North Bay scene since forming nearly 20 years ago.

Russell is also a member of the Drifting Cowpokes, who first formed back in September as the backing band for a concert hosted by Jayne at the Mystic Theatre in Petaluma which celebrated the release of a 2–CD set, The Songs of Hank Williams: a compilation of Northern California musicians, that raised funds for KRCB-FM.

"We're bringing the band back," Jayne says. "It's going to be a real fun night."