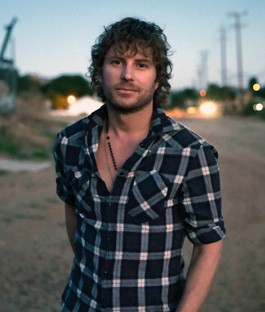 FREE AND EASY:Down the road Dierks Bentley goes, not feelin' so bad.


Are there any musical genres anymore? After the post-millennial hybrid craze of rap-metal, punk-folk, Jewish blues, hip-hop country and indie-disco—plus DJ mashups of everything—it's hard to make a case for distinction. No longer are there rigid lines in musical styles, and it's the same story behind the scenes in the industry as well.Case in point: the Harmony Festival is presenting a country concert next month.

This fact might seem strange to the outside observer. The Harmony Festival is still deflecting longtime stereotype as "that hippie festival," much in the same way that country music is still shedding its image as a bunch of ignorant rednecks whining about beer and trucks. But in the last five years, the Harmony Festival has booked the Roots, Brian Wilson, Lauryn Hill and Bad Brains; while country has gone from the sound of the blue-collar working class to your basic well-polished pop music.

On June 4, those two worlds come together when country star Dierks Bentley plays Santa Rosa presented by "HFI Presents"—i.e., the Harmony Festival. I called up Harmony Festival CEO Howard Sapper to ask about it. "Our belief," he told me, "is that country music has a very dedicated and strong demographic in the North Bay that we feel is underserved."

Yes, "underserved" is one way to put it. "Vastly ignored" might be another. After the close of Konocti Harbor Resort in Lake County in 2009, where huge stars like Tim McGraw and Taylor Swift routinely appeared, and with country shows seemingly curtailed at larger area venues, country fans have had to either drive out of town or rely on the jukebox at the local bar for their fix. When a big star does come to town, it's the event of the year. Witness Miranda Lambert's show at last year's Sonoma County Fair, with barely an empty seat in the rodeo grandstand.

The country stigma that the consciously themed Harmony Festival has to navigate is that of red-state conservatism, Tea Party politics and forced gender roles. They've picked a worthy debut with Dierks Bentley, instead of, say, Toby Keith, and Sapper even aligns the Harmony Festival with some of country's standbys. "We feel that country music speaks to the values of America, which we feel we do," he says. "It speaks to the value of family, which we really stand for in many ways, and it speaks to good music that has a message that serves the people who listen to it.

"Over the next 12 to 18 months," he adds, "the North Bay will have a realization about how broad and wide the Harmony Festival's presentations are going to be."