County Pushes Its Own Fire-Safety Regulations 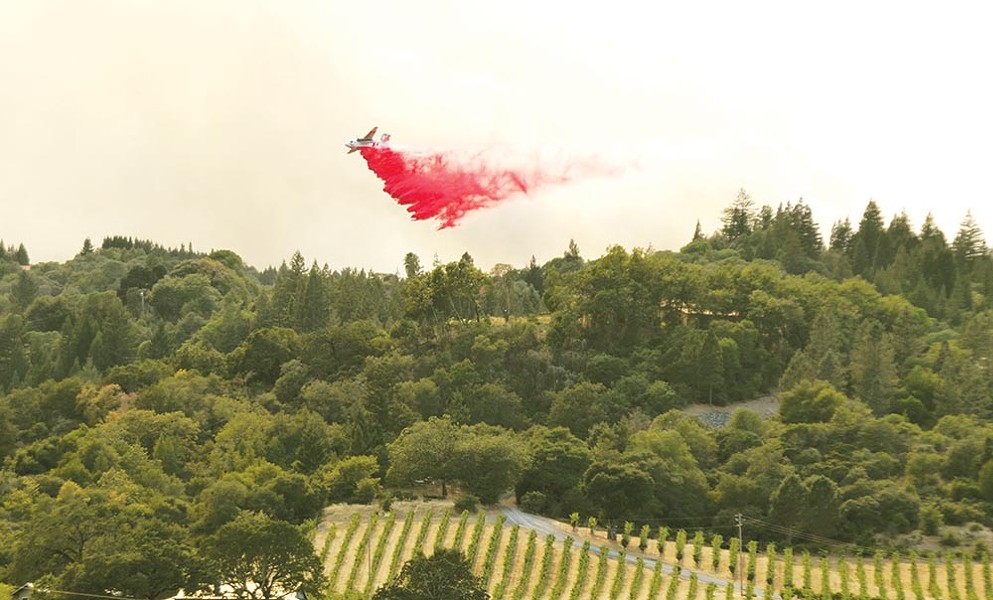 When he retired in December 2018, Cal Fire Chief Ken Pimlott went on a short media tour, urging state and local lawmakers to revisit hard conversations about what kinds of housing and commercial development should be allowed in rural, fire-prone areas. The conversation should go as far as banning all new buildings in fire-prone areas, Pimlott told the Associated Press on Dec. 11, 2018.

“We’ve got to continue to raise the bar on what we’re doing and local land-use planning decisions have to be part of that discussion,” Pimlott said.

Although he didn’t lay out all of those land-use solutions, Pimlott highlighted a crucial pillar of fire prevention and management in an era of Climate Change–fueled fires.

In addition to boosting forest and land management efforts, hiring additional fire fighters and investing in other technologies, California will inevitably need to manage how communities spread into the wildlands.

The land-use discussion is a difficult one to have. After all, in areas where development can attract tax dollars for local governments, there is always a financial incentive to allow some development, even if it could make wildfires more likely to spread and first responders’ jobs more difficult during wildfires. Currently, about 30 percent of the state’s population lives in the wildland urban interface (WUI), the fire-prone area on the edge of urban areas, according to Reveal News.

Recent fires may have rekindled the conversation around these existential questions. All told, four million acres of California burned this year, a rate which shattered past records. Last week, the Glass Fire, which was partially contained as of press time, crept quickly across Santa Rosa’s urban boundary, causing law enforcement agencies to evacuate tens of thousands of people.

Sonoma County, in part because it has been impacted by fires more than many other counties with the same population, is viewed as being on the cutting edge of fire response. But for the past year, county officials have pushed to write their own rules governing road width near developments in fire-prone areas.

County officials say that their proposed regulations, known as the Sonoma County Fire Safe Ordinance, exceed the required state regulations, which are controlled by CalFire’s Board of Forestry. But, state officials and some North Bay residents are less sure that the county’s latest proposal is adequate.

At a Sept. 22 meeting, the Board of Forestry, a state regulatory body in charge of fire safety regulations, sent Sonoma County staff back to answer more questions about the specifics of the county’s proposed ordinance. The County will likely return to the Board of Forestry in the coming months to request approval again.

The state regulations the county is trying to comply with date back to 1991, when the Board of Forestry passed new road regulations following the Oakland Hills Fire earlier that year.

The regulations, which have been updated periodically since they were passed, specify a variety of building requirements in fire-risk areas, including permitted road width and length based on different kinds of land usages.

At a Sept. 22 Board of Forestry meeting, state officials considered the county’s latest proposal, which the Board of Supervisors approved in August. Although state officials acknowledged that Sonoma County had gone above and beyond state regulations in some areas, they raised questions about other parts of the proposal.

For instance, board members asked why the county ordinance uses “path of travel” rather than “road,” a term with a more standard legal definition. Board of Forestry member Darcy Wheeles asked state and county for clarification about how many of Sonoma County’s roads would be exempted from fire regulations in the county’s latest ordinance.

“Sonoma County has been creative in problem solving with the Board of Forestry staff to meet the goals of fire safety protections in a manner that protects private property rights and also helps resolve these critical priorities,” Hopkins told the Board at the meeting.

Teri Shore, director of the North Bay Greenbelt Alliance, wrote in a Sept. 18 letter to the Board of Forestry that the county’s regulations for new developments’ private roads require a 12-foot-wide “path of travel” with 1-foot vegetation clearance on each side, instead of the 20-foot roads now required for the same projects under state regulations.

Craig Harrison, a Bennett Valley resident who told the Board that he was representing 300 residents who “want safe development in our community,” made a similar point.

“This does not meet or exceed the CalFire regulations, nor does it have the same practical effect,” Harrison said of the county’s proposed regulations for private roads.