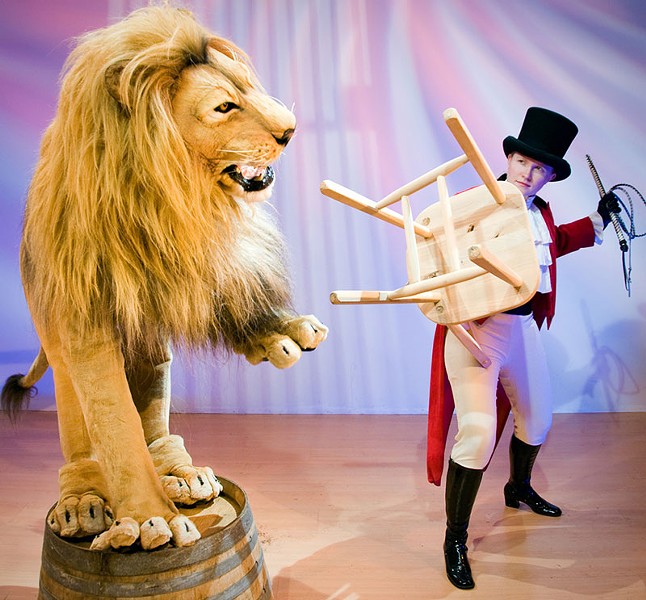 It could be said that Lex Rudd makes dreams come true— or, more precisely, she makes visions a reality. That's because the longtime Sonoma County resident is a special effects master who specializes in designing and building puppets and props for film, television, theater productions and toy makers.

This summer, Rudd steps out of the shop and into her new Dreams and Visions Puppet & Craft Studio in downtown Forestville, where she'll display her work and offer a series of crafting and sewing classes starting in August.

Born in England, Rudd was a young artist enamored with creatures like those created by Jim Henson in the films Labyrinth and The Dark Crystal.

"When I was 16, for Halloween, my friend and I wanted to make some masks," remembers Rudd. "Instead of doing papier-mâché or whatever, we thought we'd do it properly, so we bought some clay and some plaster and some latex, and we made these werewolf masks. Ever since then, I've loved sculpting and I've loved creatures."

In college, Rudd earned a degree in special effects and began working for a U.K. company where she sculpted dragons for the 2002 film Reign of Fire and created puppets for the 2005 film The Brothers Grimm.

Rudd moved to Los Angeles to work on a children's TV show in 2004, and eventually relocated to the East Bay and then Sonoma County in 2008. In 2014, she appeared on Syfy's reality competition show Jim Henson's Creature Shop Challenge, where she made monsters on camera along with nine other contestants. Though she was eliminated on the show, Rudd was one of two contestants picked up by the Henson Creature Shop to work as a contractor.

"As far as puppets go, they're the pinnacle, really," Rudd says. "I just worked on the new Dark Crystal [Netflix series], and I can't say what, but I got to work on one of the major puppet characters."

While Rudd travels for work, she now wants to establish a presence in the artistic hub of the North Bay. "I absolutely love it here in Sonoma County. I want to get more involved in the community, and am hoping that people start to notice me."

At the Forestville studio, currently open by appointment only, Rudd has assembled a working space, complete with industrial machines and a wall of fabrics, that will also serve as a classroom. The upcoming adult-oriented classes will let prospective crafters make their own Billy Goat Gruff puppets, tote bags and more.

"If there's interest, I want to open it up to making professional puppets and get more in-depth," Rudd says. "I'd also love to get into bigger local projects and cool, weird community art stuff."