The monsters are back in Santa Rosa for the Silver Scream Festival, with a focus on the heroines of horror

The brainchild of Famous Monsters of Filmland publisher Phil Kim and Santa Rosa Entertainment Group VP and CULT film series founder Neil Pearlmutter, that first incarnation of Silver Scream featured guests like director John Landis and actor Robert Englund, aka Freddy Krueger from A Nightmare on Elm Street, and welcomed close to a thousand attendees in its three-day run.

"We loved the fest," says Kim, who purchased the genre-film magazine Famous Monsters of Filmland in 2007, revived it in print form and recently moved the company's offices from Los Angeles to Sonoma County, where he lives with his family.

"The way everything went off, how receptive the attendees were and how pleasant all the guests were, I was very happy in that regard," says Pearlmutter, whose CULT series regularly screens double features of classic horror and sci-fi films in Santa Rosa and occasionally features Q&As with guests like actor Robert Forster and director William Lustig.

After taking a hiatus in 2017 to retool the event, Kim and Pearlmutter will host another monstrously fun weekend of horror films and convention-style excitement when the Silver Scream Festival returns to the Roxy Stadium 14 in Santa Rosa on Feb. 16–18.

The three-day monster mash will gather several generations of scary movies, celebrity guests and the best in up-and-coming genre filmmakers, and will also include special VIP events to raise funds for North Bay wildfire victims.

Twenty seventeen was a devastating year for the North Bay, and Phil Kim experienced the horror of last October's wildfires at his doorstep.

Kim was working and staying in San Francisco, finishing contracts for the massive Famous Monsters Halloween Convention that was set to take place in San Jose at the end of October, when he got a call from a Famous Monsters employee in the middle of the night on Oct. 8 that Santa Rosa was burning. "I couldn't believe what I was hearing," he says.

Driving back to the North Bay that night, Kim had just enough time to return to his home in the Bennett Valley neighborhood of Santa Rosa, gather his family and evacuate as the skies burned orange in the night sky,

"It was like looking at Mordor," says Kim, making a Lord of the Rings reference without batting an eye.

As the fires grew over the following week, Kim didn't know if he would even have a home to come back to, and the Famous Monsters offices in Petaluma were covered in ash. He decided then to cancel the Halloween convention. It was one of the toughest decisions of his life, he says

The fires reached Kim's subdivision in Bennett Valley, but firefighters were able to keep the flames at bay and his home was spared. Moving ahead, Kim and Pearlmutter were determined to keep the Silver Scream Festival on track, for themselves as much as the film fans in the North Bay. "This fire woke me up to the fact that everything needs to be done with purpose and quality, and we need to give back," says Kim. "We're very committed to Sonoma County."

Perhaps the biggest highlight of this year's Silver Scream festival is the scheduled Heroines of Horror panel, which gathers beloved veteran horror and sci-fi actresses Dee Wallace, Barbara Crampton and Kelli Maroney for screenings of their best films and conversations about their eclectic careers. Just don't call them scream queens. (Update: Actress Suzanne Synder has replaced Dee Wallace. Snyder will appear in the panel event and for a Q&A following the screening of her film Killer Klowns From Outer Space)

"When I think of a scream queen, I think of a victim, the biggest victim out there," says Kim. "But these ladies were not victims. For me these women represented a true feminism in film, they were beautiful and they could take care of business."

"It was a brilliant idea of Neil's to do a Heroines of Horror event," Kim continues. "I would say it's perfect timing, but he has been talking about doing it from year one. It's just that now we are in an era of awareness."

Headlines the last several months have been rightly dominated by the #MeToo and #TimesUp social media movements that began after sexual misconduct allegations were made against film producer Harvey Weinstein, and which are now shining a spotlight on women facing sexual assault and harassment in the workplace.

"It will be interesting to see how that awareness globally translates locally to the festival," says Kim.

All three actresses on the upcoming panel made their names in genre films of the 1980s, and through their work, they advanced the notion of what it means to be a woman in a horror film. 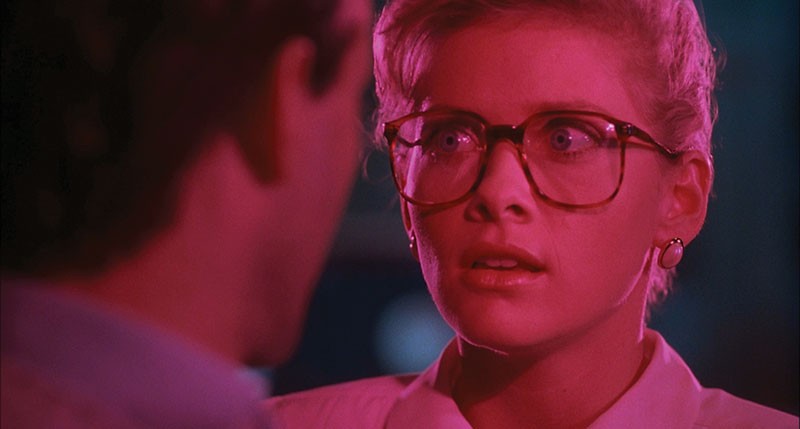 "It's going to follow me to the grave, babe," laughs Wallace in an interview.

Also known to horror fans for her work in films like The Howling and The Hills Have Eyes, Wallace will be on hand for a screening of 1983's Cujo, based on the Stephen King novel and filmed partially in Sonoma and Mendocino counties, in which she plays a mother determined to protect her young son from a rabid St. Bernard dog.

Wallace never planned on becoming a horror icon. "I knew from the get-go that I loved doing film and I loved doing emotional roller-coaster rides, and the horror genre lends itself to that," she says.

In addition to acting in film and television, Wallace has also created a consciousness healing practice, authoring books and offering private sessions in which she directs clients to manifest positive emotions and mental focus. In that vein, she credits her mix of emotional vulnerability and strength with her success in Hollywood.