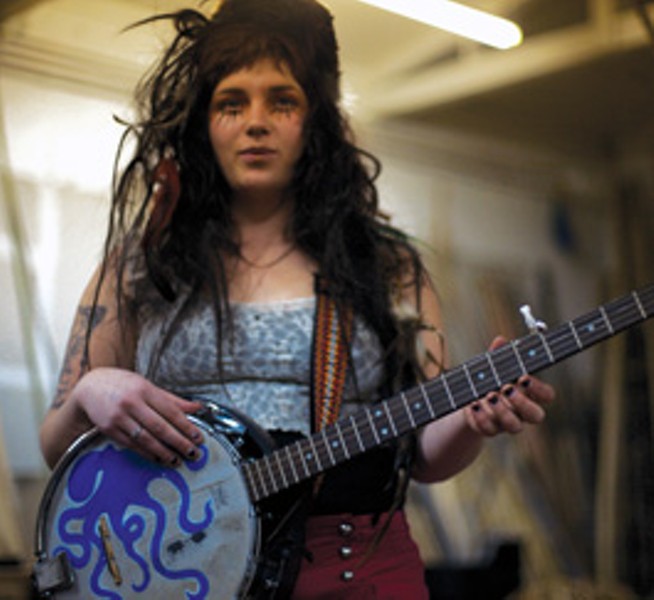 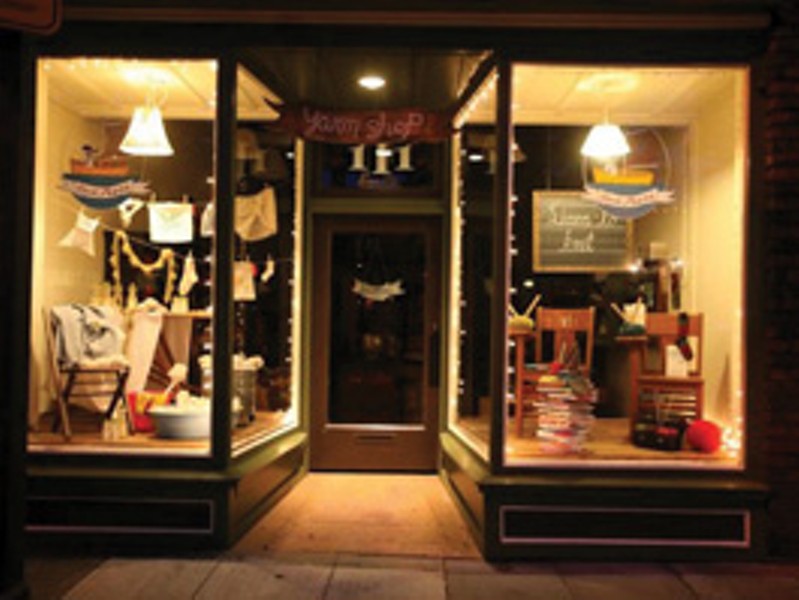 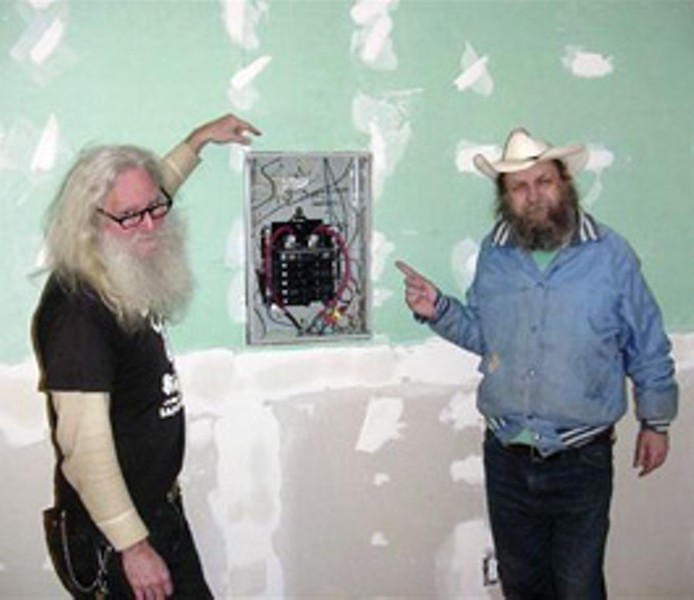 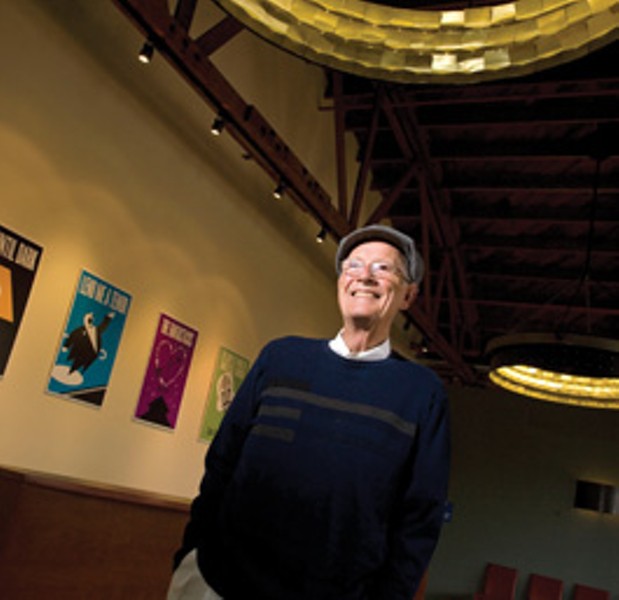 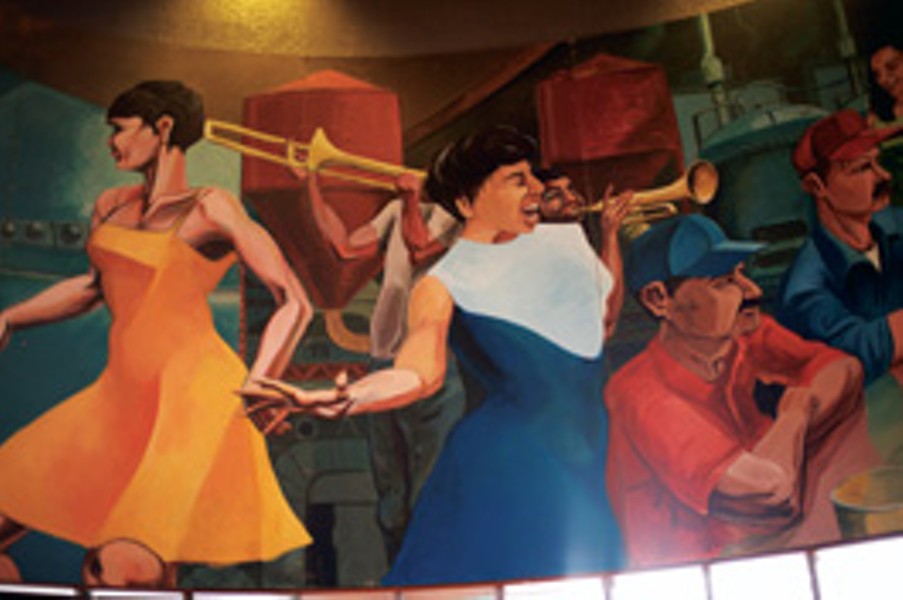 A stage dripping with banjos, sweat and hootenanny tunes. Feet stomping on a dance floor for hours to DJs spinning beats. Teenagers tearing into their instruments as if there's no tomorrow. Walls covered in photos, art, T-shirts and hand-painted skate decks. Local filmmakers, David J from Bauhaus solemnly smoking a cigarette on a cob bench in front, kids hanging out in the cozy little lounge or the guy making pizzas in the cob ovens—talking, waiting for the next good thing to happen, as it always does, at the awesome-as-hell, best-thing-to-happen-to-Sonoma-County-in-a-long-time Arlene Francis Center.

The place itself is named after Arlene Francis, who starred in the '50s and '60s as an actress and panelist on the popular television show What's My Line? Francis' son Peter Gabel and partner Martin Hamilton have turned the former New College building into a resource for artists and thinkers, Hamilton says, that's accessible to the entire community.

Twenty-one year-old Celeste Turconi is a familiar face at the Arlene Francis, in charge of everything from booking to security and stamping hands at the door. Turconi already has a long history of activism and organizing, and her enthusiasm and dedication has helped the Arlene Francis Center bloom into the go-to place for indie, alternative and experimental bands, art shows, burlesque performances and film screenings.

"Being more than a club is really important to us," Turconi says. "Having a space for an artistic outlet is really important—that's what I feel as an artist, and I think that everyone in the community feels that way too."Turconi and Hamilton envision a future including a free school, a fully functioning cafe, social-justice workshops, ethical and green business activities, film festivals and more music and art shows. Hamilton notes running a place that generously pays bands is "not the easiest thing to pull off." Turconi says that economic security is the next step. "We've been talking about grant-writing, funding, budget and how to grow that way," she says, her voice fueled by optimism. Here's hoping its growth continues well into the future.

Best Place to Get Totes Whimsical

Even for those who don't knit, a peep into the Cast Away Yarn Shop window display never fails to provide a delight. The double-glass windows always contain some small (or large) treasure—a blue bicycle with a basket teeming with rolled-up yarn, a candy box filled with fabric cupcakes below a row of knit red hearts or even a bird's nest dripping with string and filled with felt eggs, birds hanging from the ceiling above.

Keeping up this lost art of commercial window displays is owner Justine Malone, who mentions a popular display of white jellyfish, hanging in an oceanscape. "We painted the outside of the glass water-blue and left ovals and circles," says Malone, while working on her latest display. "Each little peekhole had a jellyfish hanging in it, so it had an aquarium kind of feel. People would get right up to the glass and peek in."

Malone says the display-worthy windows formed part of the reason she chose the Railroad Square location for her adorable and immaculate yarn shop. With the help of friend Nichole Skalski, the trinkets in the window have become increasingly artful and intriguing.

Oftentimes, inspiration comes from thrift-store finds. A vintage cooler led to a summer-themed piece centered around real sand, knitting magazines scattered about, knitted beer koozies and the cooler full of beer. "The guys liked that one," Skalski says, laughing, though ironically, she doesn't knit herself. "I don't have the patience," she says—reminding Malone about the knit bikini she'll need for next summer's window.

On this day, they're putting together a Presidents' Day piece, featuring white wigs made for last year's Handcar Regatta. Malone's 14-year-old daughter painted a portrait of a presidential-looking character in the window, based on decals found at the second-hand store, as well as black curlique frames through which the bewigged styrofoam heads peep.

Hearing the exuberant, genre-upsetting music of our youth described as "oldies" may be more alarming than finding that first gray hair. We'd like the oldies playlist to stay exactly the same as when we were newbies, and there's one radio show that does just that. (If the doo-wop, she-bob tunes of the 1950s aren't oldies, then congratulations on that full head of naturally colored hair, sir or ma'am.) On Friday nights on mostly-Spanish bilingual radio station KBBF, vintage gringos Duke and Banner spin one-hit and no-hit wonders alike. In between the obscure 45s and copious cornball banter, the duo pay their respects to whatever one-time recording artist or media personality has passed on during the previous week—axiomatic of the genre, they're checking out in far greater numbers than checking in. But the silly-somber, radio