'The Queen of Versailles' captures the fall of the 1% 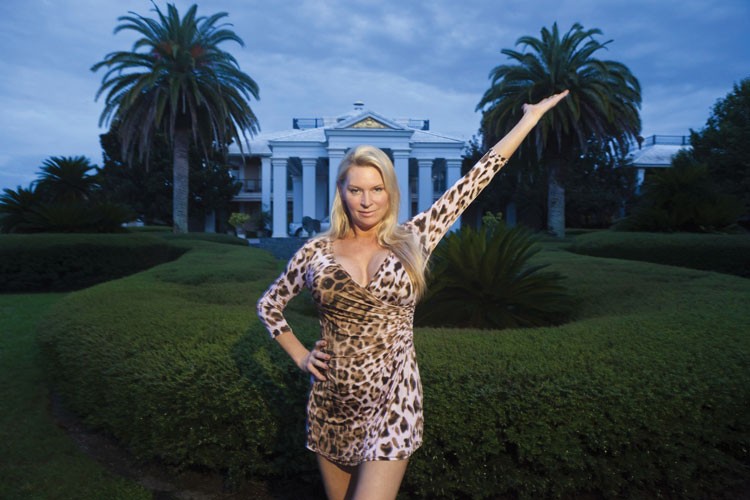 In the documentary The Queen of Versailles, "Versailles" is a 17-bathroom, 26,000-square-foot mansion erected in the Florida swamps—the same location of Citizen Kane's unhappy Xanadu. When they began construction, timeshare magnate David Siegel and wife Jackie intended their Louis XIV–style pile to be the largest private house in America.

Documentarian Lauren Greenfield records what befell that lofty goal. Greenfield is a noted nonfiction photographer, best known for her candid photos of girls, and you can see how the surgically enhanced girliness of Jackie drew Greenfield. This former beauty queen from working-class Binghamton, N.Y., is profoundly Botoxed, with implants the size of cantaloupes. ("The hostess with the two mostest," snipes her stepson.) Jackie's woes take over the film. Meanwhile, the moping David walls up in his study, watching his real estate value plummet and hearing the banks howl for their money.

The Queen of Versailles becomes most damning when we see the nature of David Siegel's Westgate Resorts. They depend on the seduction of vacationers besotted by Vegas, as well as boiler-room collection agents. ("Greedy" is the term Siegel's people use to describe "Johnny Lunchbucket" vacationers who try to get those free Cirque du Soleil tickets without indenturing themselves for life to a timeshare.)

Of course, The Queen of Versailles' subject is bigger than the Siegels. It condemns our nation's faith in greed, in gargantuan pelf. What comes true here is as savory as any melodrama about the spoiled rich: familial shellshock, instant ruins and the special kind of decadence that lets dog turds accumulate on the floor of a million-dollar mansion.

David Siegel is now distancing himself from this documentary. Siegel has the audacity to boast onscreen that he was the one who fixed Florida for W's election. If that's true, he deserves everything he gets in this film.

'The Queen of Versailles' opens Friday, July 27, at the Rafael Film Center.