Pop outsiders camp out in Guerneville 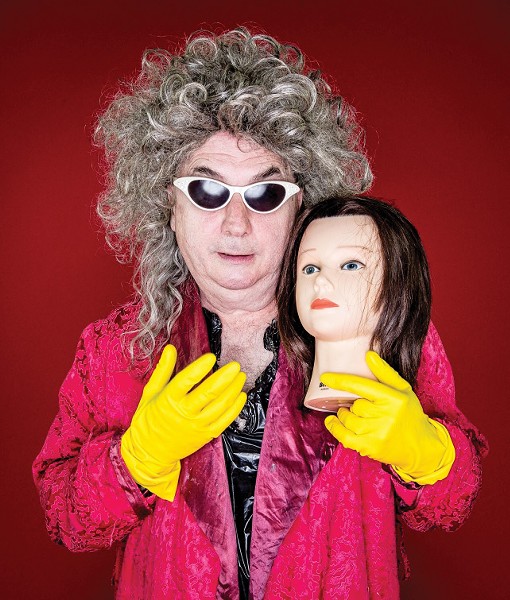 'There's going to be a lot of weird people wandering around Guerneville this weekend," says Brian Wakefield.

He's kidding. Mostly. As the co-founder of San Francisco cassette-tape label Death Records, Wakefield and partner Colin Arlen are celebrating their first year in business by throwing a huge shindig featuring 25 bands and plenty of good vibes within the grounds of Camp Outback, set in the ruins of the old J's Amusement Park. Naturally, they're calling it Deathstock.

Death Records has taken on the full-time, pro bono work of releasing music that would otherwise hardly see the light of day. "There was all this music happening, and it made sense to try to put it all in one place," says Wakefield. "There's been a loss of solidarity in San Francisco recently, but I feel it coming back."

With sold-out runs of cassette releases by San Francisco bands like the shoegazing project Smiles and post-pop outfit Fleece, Death Records has not-so-quietly made its name in the city, and now Wakefield has his sights set on getting the whole crew together for a massive camp-out.

Deathstock starts Friday, June 26, with a free, 21-and-over show at McT's Bullpen in Guerneville. Campers can stake their claim at Camp OutBack Friday night as well. Tickets for camp spots are limited; if you're going that route, reserve a spot now. Day passes will also be available.

Headlining on Saturday, June 27, is legendary proto-punk figure Gary Wilson. "I thought if I could have one person play this show, who would it be? I went for him, and it worked out," says Wakefield.

Wilson is famous for his 1977 new wave album You Think You Know Me, and even more famous for his subsequent 25-year disappearance from the public eye. He re-emerged in the last decade, and has been dealing out avant-garde rock and roll to continued acclaim.

Other weekend highlights include power trio Terry Malts, freak-pop producer Cole Lodge, and a Sunday headlining set by sunny garage rockers Tiaras, whose self-titled LP, released this year, has already been praised for its warm, laidback grooves. Echoing the mantra "If you book them, they will come" from Wayne's World 2, Wakefield says the roster filled up in about a day and a half.

Deathstock will also have plenty of grilling going on, though it's strictly BYOB, as well as an art fair curated by San Francisco collective Strange Cessation, clothing and rugs by vintage San Francisco vendor Vacation and plenty of freak-flag-waving in the natural setting of west Sonoma County.