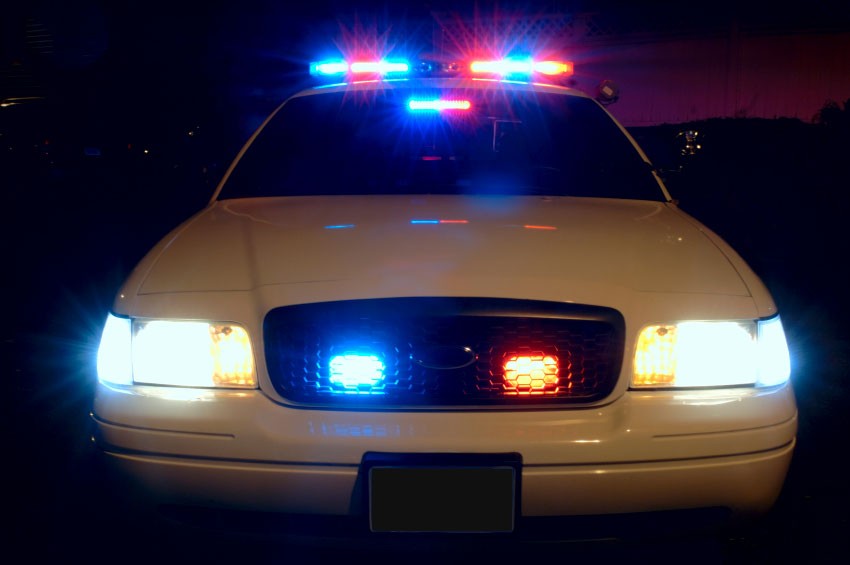 Here's a snapshot that dials in on the love-hate dynamics of urban policing, circa 2016: Debriefer went on a police ride-along with the Santa Rosa Police Department a few weeks ago. At one point, the officer pulled over a woman who was driving sans headlights; his partner in another squad car arrived to assist, "in case anything goes sideways," as the officer put it.

Officer James Page (aka Jimmy) approached the car, only to discover the registration was out of date, and the car wasn't insured. On top of it all, the driver was having a very, very bad day. So the officer showed some mercy and cut her a break—a warning about the insurance.

The driver was visibly grateful as the officer wrote up a ticket for the registration lapse, just as another car sped by and its passengers flipped off the cops. They just laughed. The woman went on her way.

U.S. Rep. Jared Huffman was at Fisherman's Wharf in San Francisco last week to tout his Crab Emergency Disaster Assistance Act, which aims to help state crabbers who have been hit hard by a ban on commercial Dungeness crab fishery. The bill comes on the heels of low-interest loans offered to the fishermen from the Small Business Administration and a federal disaster declaration prompted by Gov. Jerry Brown.

Huffman's bill would appropriate $138.15 million for state crab fishermen and related businesses, and send $1 million for crab testing and another $5 million "for competitive grants distributed by the National Oceanic and Atmospheric Administration for research on harmful algal bloom prediction and domoic acid toxicity." Sen. Barbara Boxer has introduced a similar bill in the Senate.

Huffman's bill requires a congressional vote, but those have been in short supply of late as Congress wrestles with late-stage Obama Derangement Syndrome, a fate even worse than domoic poisoning. Word is, the Senate won't even think about the Supreme Court vacancy until next year, pledges Sen. Mitch McConnell. But it's not like Huffman and Boxer are proposing to replace Antonin Scalia with Crusty the Crab.

ROSELAND AND THE RENT

Housing is on everyone's mind these days, and so is the proposed annexation of Roseland into Santa Rosa. That historically Latino part of the unincorporated city may very quickly find itself in the crosshairs of developers once it is annexed into the city of Santa Rosa later this year. Once annexation happens, Santa Rosa also acquires "a large number of developable sites," says city councilwoman Julie Combs. As our news story relates this week (page 6), Combs is pushing for a rent stabilization program in the city and says Roseland is a perfect—if perfectly at-risk— candidate.

"As we annex and improve on the roads and infrastructure, Roseland is at risk for gentrification and displacement," Combs says. "The key is to do [the annexation] and preserve what is really good in that community—a cultural characteristic that's a real pleasure. We don't want to lose that diversity."