Skipping the Queue for David Wallace-Wells' 'The Uninhabitable Earth' 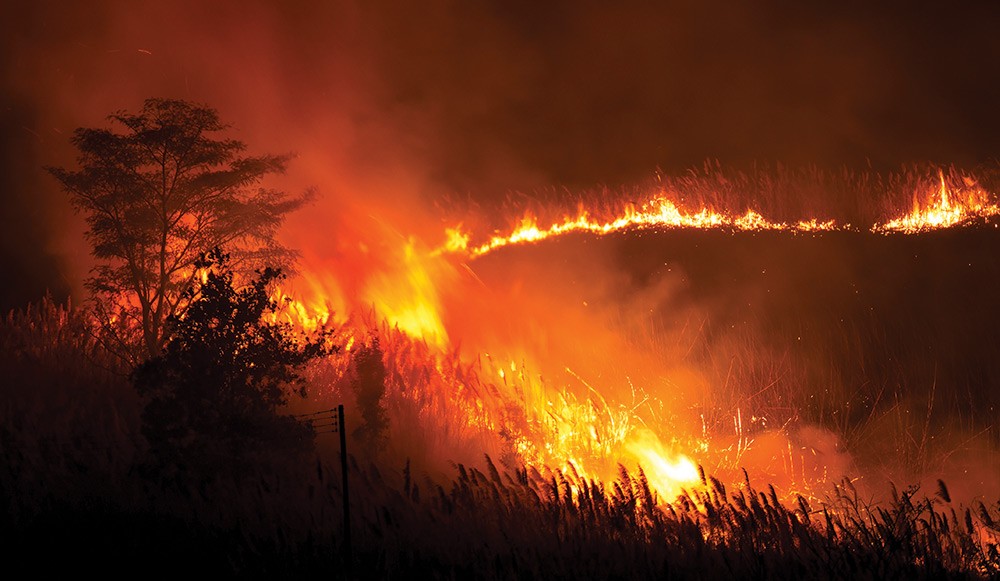 In the 1973 film Soylent Green, Detective Thorn (Charlton Heston) finds a copy of the Soylent Oceanographic Survey Report: 2015 to 2019 in the home of a murdered Soylent Corporation executive.

Thorn gives the book to his roommate, Sol (Edward G. Robinson), an intellectual old man who grew up in a time before the world went to hell from overpopulation and global warming. Sol discovers in the Survey Report's pages that the oceans are wrecked beyond repair and cannot produce the plankton the Soylent Corporation claims goes into its miracle food, Soylent Green. This stark revelation sends Sol to a euthanasia center where—spoiler alert—the Soylent Corporation turns his body into a bunch of little green crackers.

Well, it's 2019 and the real-life Survey Report is spring's most talked-about book. David Wallace-Wells published The Uninhabitable Earth: Life After Warming, a follow-up to his 2017 New York article of the same name. I knew I had to get my hands on a copy. However, when I logged onto my Sonoma County Library account, I discovered that the reservation queue was 99 people long. To skip the queue, I bought a digital copy for my second-hand Kindle. (Yes, I was trying to be ecologically friendly, but even Amazon was out of physical copies!)

After reading a few chapters, I immediately understood why just about everyone in Sonoma County is trying to get their hands on The Uninhabitable Earth: we're living it. In the last two years, we've been burned, smoked, and most recently, drowned. Of the Camp Fire, the author comes to the same grim conclusion that there is something uniquely awful and foretelling about a town called Paradise burning to the ground.

As a Tubbs Fire survivor, I initially felt strange reading about events I experienced firsthand. It was then I realized that Wells' book was providing what North Bay residents need: context. The chapters on ocean acidification, sea level rise and economic effects taught me much about how the North Bay's recent misery ties into climate change's greater story. To paraphrase Shakespeare, ours is one of the millions of small stages where the climate change drama is playing out. Wells is helping us step back and see the whole story.

As you might expect, The Uninhabitable Earth offers very little hope for the near future. For instance, Wells predicts that by 2050—the year I'll be the same age my mother is now—we will live in a world without coral reefs, a world where more than 10 million people die each year from air pollution alone. And that's the absolute best-case scenario.

But Wells clings to optimism. He credits this feeling to becoming a father while writing his book. He mourns the fact that his little girl will come of age in "interesting times," but even so, he believes that a good future is possible. Because there is still so much we can save.

The Sonoma County Library may not have an available copy of The Uninhabitable Earth for a long time, but considering the book's message, I hope the queue never dips below 90. If you can't wait, save a tree and buy a digital copy.