Local filmmaker dives into the world of Tough Mudder 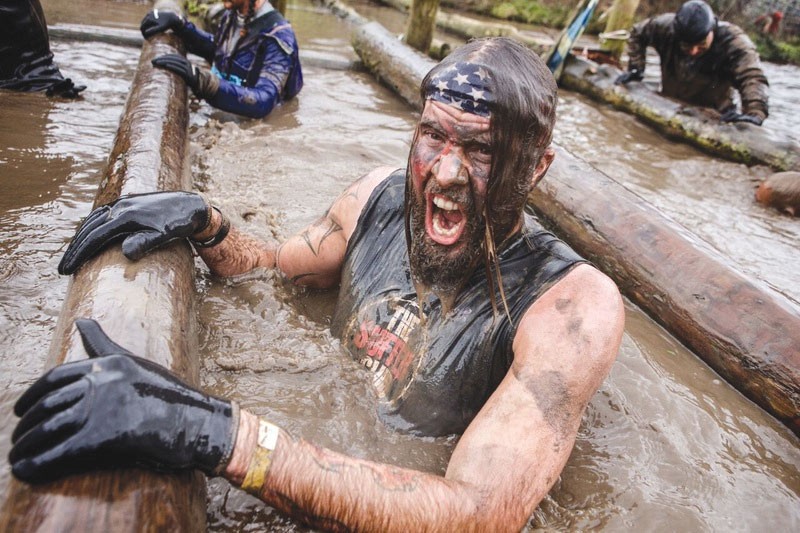 Obstacle-course racing is a rising phenomenon. This year, millions of participants will voluntarily suffer through extreme elements and endure physical stress for the glory of the sport. And the ongoing question is why?

Rise of the Sufferfests, chronicling society's—and his own—obsession with obstacle courses like Tough Mudder. Keneally premieres the film with an outdoor screening at Roth Estate Winery in Healdsburg on Aug. 20.

"It started as a one-off," Keneally says. An essayist first, Keneally discovered the Tough Mudder series four years ago and wrote a feature for the Bohemian ("Stud in the Mud," Oct. 24, 2012) about his experience participating in the Russian River Mud Run. That article led to an essay in the New York Times, a cover feature for Outside magazine and segments on 60 Minutes and The Today Show.

"I wanted to write a book, but since it's so visual, I figured making a movie about this world would be more appealing," Keneally says. "It was an unlikely journey into filmmaking."

Keneally spent the last three years documenting obstacle-course racing and the adventurous personalities attracted to it. The film explores the social implications of the sport's popularity, and follows Keneally's quest to conquer various mud runs, finance and complete the film and come to terms with his new role as a father.

Rise of the Sufferfests posits that runs like Tough Mudder are the result of both a modern masculinity crisis and an increasing sense of isolation, even in an age of social media.

"There aren't many opportunities today for men to feel like men," Keneally says. "There's also a loneliness in modern life. The city can be the most isolating place in the world—living in boxes with no connections to our neighbors."

Ultimately, Rise of the Sufferfests shows that it's not the suffering but the joy of the accomplishment that makes people want to get so muddy.

"We're not living our biological destiny," Keneally says. "We're not moving our bodies enough. When people feel themselves running or climbing or crawling, it taps into something that is very gratifying on a deep level of our psyche."