The liberation of Jennifer Lawrence 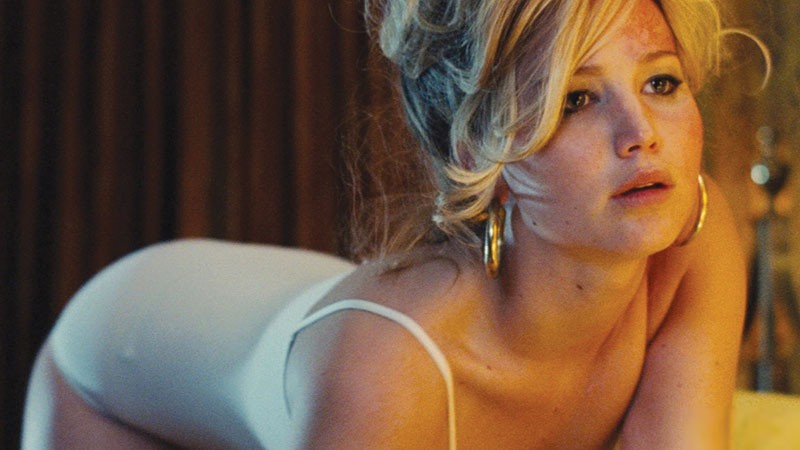 Four years ago, when the film Winter's Bone was released, I interviewed Jennifer Lawrence, now dead certain to win the Oscar for Best Supporting Actress for her most recent role in American Hustle. Interview sessions, particularly for a small movie that needs the push, are brutal for young actors. It's unlikely you'll come up with something they haven't heard before. I heard Simon Pegg once gave an interviewer a $20 bill for asking an original question. I didn't get that $20.

Somehow it was decided that director Debra Granik and "J-Law" would be interviewed as a team, which is highly unusual. Even the nicest actors would agree that Brando was right when he said "an actor is someone who, if you ain't talking about them, they ain't listening." The truth was that I didn't have a lot of questions for Lawrence. Her role in Winter's Bone was star-making—and that film is seriously recommended to Breaking Bad fans—but having limited space, I just gave up and blurbed like anyone else: "This is one of the best performances of the year."

Lawrence's Ree Dolly was a clear, steel-true character, a heroine of few words. So I only asked small questions regarding Lawrence's favorite scenes (she said stunts were tough for her) and her personal origins. Lawrence was from Louisville, so she knew the Missouri terrain, but the locations were sometimes deep in the country. "At first," she said, "you want to just stand back and observe; I watched for a long time and waited to integrate myself a little bit. Everybody was nice and welcoming."

I suspect the publicists teamed Granik and Lawrence to protect J. Law's youthful shyness and innocence. Which made it slightly amusing for me to later see her on Conan talking about butt plugs.

I didn't recognize Lawrence as a Shirley MacLaine–caliber firecracker, though other stars come to mind when watching Lawrence act—Shelly Winters, for instance, when she was playing young, crazy and doomed parts, before she grew bravado and girth and started naming names. There's also something in Lawrence of the sweet-faced, dreamy, illogical '70s sprite, like Barbara Harris in Hitchcock's Family Plot.

No one will inherit Nostradamus' turban for noting that Lawrence's fierceness and spirit will transcend the role of "Kindness Everteen" (as film critic J. Hoberman put it)—people will get sick of the Hunger Games long before they get sick of her.

Maybe we should be thanking David O. Russell, director of both American Hustle and 2012's Silver Lining Playbook, which also co-starred Lawrence, for liberating the young actress. In Playbook, he encouraged her to go lewd ("It was hot," she growls, reminiscing about a sexual encounter), and let her go mad in American Hustle, where she plays a bipolar housewife who plants a big Bugs Bunny kiss on Amy Adams. Russell was ingenious to toss the script and just let Lawrence spin her remarkable wheels.