Down to the Marrow

You'd never guess that bone broth was making it big 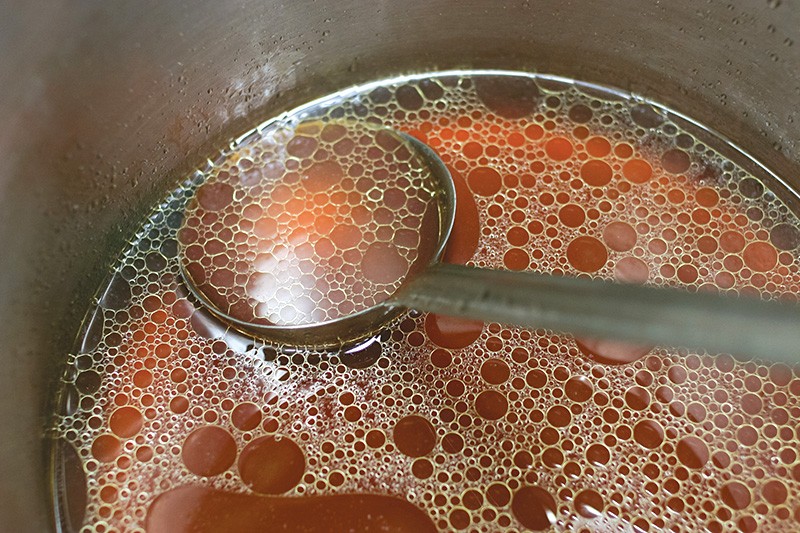 Cesar Vernier and Mudita Kristy Hinton's timing was impeccable when they started the Bone Broth Company in 2013 in Sebastopol. Luckily for them, 2015 has been a big year for bone broth. Brodo, a tiny broth-only shop in NYC, had people lining up as early as November 2014, and Paleo diet-friendly, bone-broth bars are popping up all over, from Portland to Washington, D.C.

Vernier and Hinton now operate from a commercial kitchen in Petaluma, preparing nothing but nutritious and satisfying bone broth from locally sourced bones and vegetables, and far-flung spices such as turmeric and ginger. When served hot, the broth is earthy and delicious, richer than chicken or typical beef broth and not as oily.

The pair's résumé is diverse. Hinton was chef at the Heartwood Institute in Garberville and studied nutrition at the Bauman Institute in Penngrove; Vernier, who was born in El Salvador and has French roots, is a chef too.

Bone Broth Company products are available at the Community Market in Santa Rosa and Sebastopol, Andy's Market and the dhyana Center in Sebastopol and at Shelton's Market in Healdsburg, as well as piping hot at weekend farmers markets. Prices range from $11–$20. facebook.com/thebonebrothcompany.