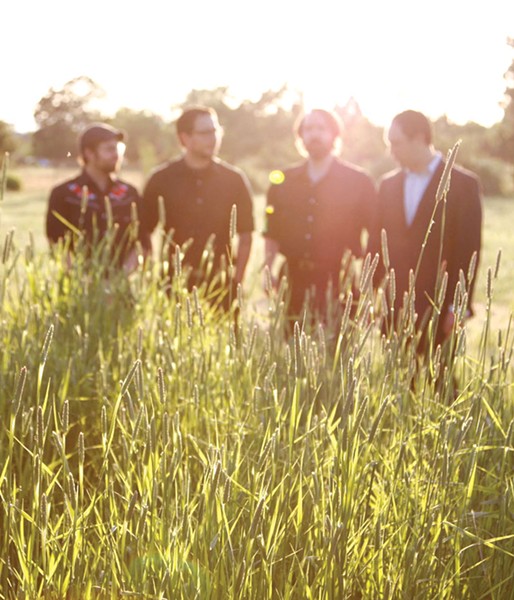 On Nov. 1, 2012, Santa Rosa indie rock quartet Manzanita Falls were in the middle of a U.S. tour and passing through the small town of Abilene, Texas.

Singer and songwriter Jeremy McCarten, guitarist Stuart Markham, bassist Matt Robinson and drummer Matt Coit were packed into the band's van, hauling a trailer full of gear, when one of the tires blew. All four members survived the ensuing wreck, though Coit suffered a fractured neck and the others suffered minor injuries.

The band was left not only with traumatic memories, but they lost most of their gear and had to reassemble from scratch. Such an experience might be the end of most bands, but it was only the beginning for Manzanita Falls.

"It was so unreal," says McCarten. "We could have just not existed anymore. Thinking about that, there were a lot of cathartic moments that came after it."

McCarten and the others used those experiences as inspiration for the band's forthcoming sophomore album,

Abilene, due out in June. After spending the last four months recording in Markham's White Whale studios, Manzanita Falls will preview the new material at their first show of 2016, the Next Level showcase in Santa Rosa on April 15.

Lyrically, the upcoming album, and especially the title track, is the group's attempt to come to terms with their graze with death; the lyrics also compare that experience to the recent death of McCarten's grandmother, who died last month after a lengthy illness.

Musically, Abilene is much more collaborative than the band's 2011 debut, Vinyl Ghost. "This is our first record of really writing together as a band, in terms of the music," says Markham, who handled the recording duties at White Whale, which he co-owns and operates with Derek King and Nick Tudor.

Abilene is also a markedly more ambitious sound for Manzanita Falls, taking cues from the likes of Brian Eno to develop walls of sound and textured layers of guitars backing McCarten's lyrics.

Looking back, the four friends know that the crash in Texas was a catalyst for their cohesion and maturation as a band. Still a touring outfit, they also know they couldn't let the accident paralyze them from moving forward, and they see the new album as a new chapter in their ongoing journey.