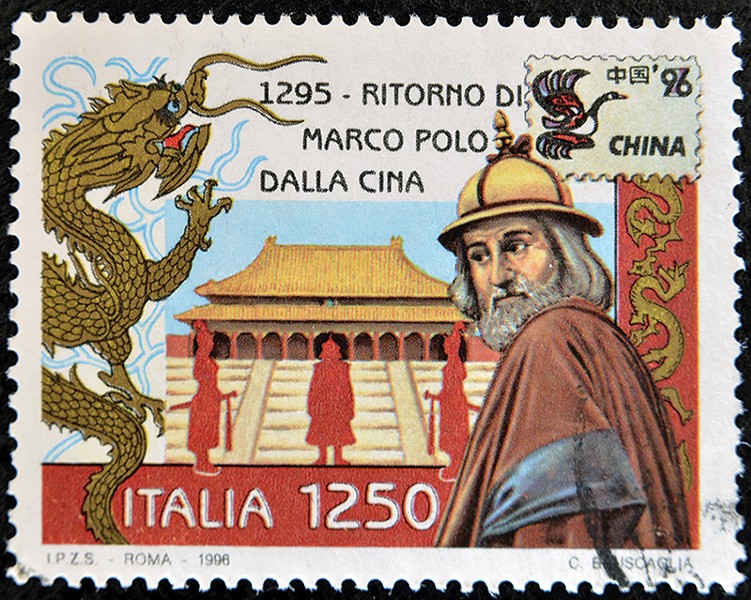 The popular rule of thumb is that the more local the food, the better it is, and we've all heard of the many purported benefits that eating locally has on local economies, the environment and even one's health.

The discussion is often framed in terms of the greenhouse gas emissions created by food transport, with the presumption that local foods result in less carbon being burned, but there are many instances where importing something from a faraway market is more climate-friendly than trying to produce it locally.

One category of food that's pretty hard to justify shipping is food from a different hemisphere that's out of season at home, such as tomatoes and berries during the wintertime. This isn't simply a matter of the carbon footprint of these goods. When you demand to eat them year-round, you are abandoning your relationship to where you live.

Climate activist Bill McKibben once told me his personal rule of thumb for making food-purchasing decisions. It's called the Marco Polo Exception, and it states that if a food is non-perishable enough that Marco Polo could have brought it home from China in a sailboat, then we don't need to worry about eating it, even if it's not local. But if a food is so perishable that it must be shipped refrigerated, and shipped quickly, then it's off the table.

We can't know, of course, whether or not a package of dried noodles was flown across the ocean by plane. Most likely it was carried by a cargo boat, which burns a lot less carbon than a plane. Even so, maritime shipping is responsible for about 4 percent of global carbon emissions, on par with the carbon footprint of Japan. But the pasta could have been shipped by sailboat, with virtually no carbon cost.

Pursuing a local-foods diet, with flexibility provided by the Marco Polo Exception, prepares your eating habits for a day when certain foods from around the world might be shipped carbon-free, by boats similar to Polo's. That day might be closer than you think.

Jorne Langelaan co-owns a shipping company with a fleet of two vessels, and plans for two more. For someone whose income is derived from shipping and trade, Langelaan has a surprising take on the practice.

"It is complete nonsense that we are transporting anything and everything across the planet," he said in an interview with Port of Rotterdam Perspectives.

But Langelaan, whose company is called Fairtransport Shipping, would also be the first to point out that not all ships emit equally. One of his ships, the Tres Hombres, just traveled to Europe laden with coffee, rum and chocolate from the Caribbean. No carbon was burned in the transport of these indulgences, because the Tres Hombres is a sailboat—the only engine-free transatlantic cargo ship in the world.

While the Tres Hombres and its sister sailboat the Nordly's are inspirational and beautiful ways to ship cargo, Langelaan and his partners at Fairtransport harbor no illusions that such old-fashioned technology is the key to countering global warming. But the folks at Fairtransport have their sights set on a goal that's both more realistic and more ambitious. They are designing a new, hybrid cargo ship that will run primarily on wind-filled sails, but will also have an engine for use when necessary. Dubbed the Ecoliner, the boat will travel as fast as a conventional cargo ship, while using only half the petroleum.

Despite these promising improvements over conventional cargo ships, Langelaan looks at the Ecoliner as more of a crutch than a real solution. He fears that a more fuel-efficient vessel would simply encourage more long-distance shipping.

"Only products that are not available locally should be transported," he said, "and in a sustainable way." The rum, chocolate and coffee on board the Tres Hombres are perfect examples of such products. They can't be produced in Europe, and they can handle a slow passage on a sailboat.

In the grand scheme of things, the greenhouse gas emissions from food transport are not a massive threat to the climate. Transportation of food only makes up between 4 and 10 percent of the total carbon emissions created by the food system, and adds up to much less than the carbon burned in the production, processing and packaging of food. Animal products tend to have especially large carbon footprints, which dwarf the amount of carbon used in their transport.

Keeping track of the impacts of various foods on a case-by-case basis can be overwhelming, but I would argue that thinking about your food choices like this is akin to a meditation practice that makes you a better person, similar to recycling or riding your bike instead of driving or volunteering on a wind-powered cargo ship. None of these actions will save the world by itself, but they add up, are contagious, and get you into good habits.

As you remove some foods from your diet, they will be replaced by new ones, and sometimes an accompanying lifestyle shift.