Facing over $2 million in unpaid debt, BottleRock founders insist they're the ones getting stiffed 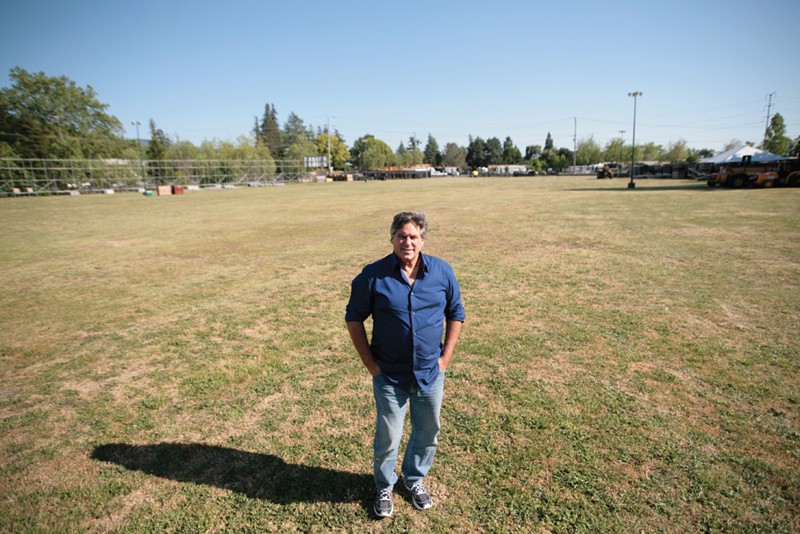 After bouncing checks, struggling to make good on salaries to employees and begging for patience from unpaid headliners like Rage Against the Machine, Tool and Beck, Coachella's promotion company Goldenvoice eventually settled its debts by agreeing to be sold to sports and entertainment behemoth AEG.

Such a fate may be the best hope for the debt-ridden BottleRock music festival, which after a smooth, successful first-year event still owes over $2 million to caterers, stagehands, security and others, according to a series of recent reports.

But festival cofounder Bob Vogt insists the debts are caused by an ongoing dispute with Napa Valley restaurateur Cindy Pawlcyn and her company CP Cooks, which managed BottleRock's food and drink sales and, according to Vogt, has not provided proper accounting for concessions.

Because of the ongoing dispute with CP Cooks, BottleRock has received "zero" from food and drink sales, Vogt says. "Nothing. And any statements to the contrary are false. We've received zero."

Reached by phone this week, Vogt estimates that CP Cooks owes the festival enough money to pay all outstanding debts. "We didn't lose much our first year. We got stiffed by food and beverage," he says. "If we had received revenue from that, which is the second-largest thing from any festival after box office, everybody would have been paid and our charities would have been paid."

A representative for CP Cooks told the Napa Valley Register last week that a detailed accounting of food and drink sales was provided to Vogt after the festival, but Vogt disputed it. He added that BottleRock owes money to CP Cooks—not the other way around.

While that dispute is worked out by lawyers, numerous employees and organizations are waiting on paychecks.

In mid-June, the union representing BottleRock's stagehands, International Alliance of Theatrical Stage Employees Local 16, filed a grievance for $630,000 in unpaid wages to 142 stagehands that worked the festival, according to a report in the Press Democrat. That kicked off continuing revelations of more debt, reported in the Napa Valley Register and the concert industry site Pollstar, owed to Bauer's Intelligent Transportation ($524,239), NES West security ($217,000), Landmark event staffing ($166,000), the city of Napa ($106,730) and the Napa Valley Expo itself ($310,938).

When asked this week if any of the debts have been paid, Vogt says, "Very little, unfortunately. The laborers are at the top. I'm very close to taking care of that, and that's the thing that hurts the most—the guys that worked there. It's painful all around."

Vogt also says that BottleRock is currently looking at a selection of equity partners interested in investing in the festival, which will help settle the debts. "We have choices, and we're very close," Vogt says, clarifying that the investors are not bigger concert-promotion companies looking to buy the festival.

On June 30, Up & Under Catering in Point Richmond became the latest to come forward about money owed, posting a now-viral letter on its Facebook page addressed to BottleRock bands, asking that they help spread the word and put pressure on festival organizers to make good on the $190,000 owed for backstage meals.

The next day, Jane's Addiction's Dave Navarro did just that, tweeting "What's the latest with Up & Under Payment??? Can we move this along?"

Reached by phone this week, Up & Under co-owner Nathan Trivers was rather blunt when asked if he'd been paid. "Hell no," Trivers says. "Shit, they still fuckin' owe me the money. I worked my ass off."

Trivers says he hasn't spoken with Vogt since posting his letter, but says Vogt sent him "a couple text messages" expressing dismay that Trivers made the issue public.

"The bottom line is that they created this," Trivers says. "All I did was feed 8,500 people. All I did was work hard."

Music festivals are no strangers to debt—organizers for both Reggae Rising and the Harmony Festival in recent years have owed outstanding payments—but the $2 million owed by BottleRock reaches first-year Coachella levels, when adjusted for the high inflation of the concert industry in the past 14 years.

Vogt says that BottleRock paid all the artists who performed at the festival—over 60 big-name headliners like the Black Keys, Jane's Addiction, Flaming Lips, Ben Harper, Macklemore, Jackson Browne, Primus and many others. This follows standard practices in the music industry for bands to be paid immediately after their show, or, in many cases, before the band even takes the stage.

In the meantime, Vogt says he's "100 percent serious" about paying everybody.

"We didn't do this frivolously or undercapitalized or any of the misunderstandings that people have," Vogt says. "We knew exactly where the revenue would come from. We just didn't get it."