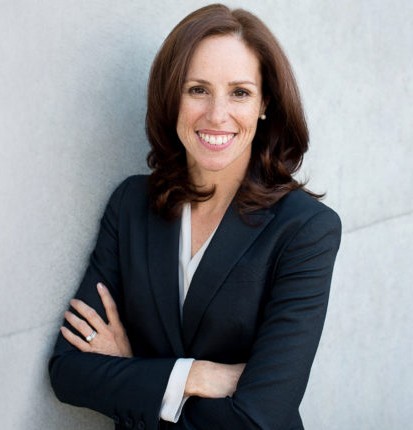 Unlike the office's current occupant, each of the three candidates for Marin County District Attorney this year supports a push to proactively expunge old misdemeanor pot charges.

San Francisco District Attorney George Gascón said in December that he was moving to expunge thousands of cases in that city. Sonoma County District Attorney Jill Ravitch initially said that she wouldn't be following Gascón's lead, but reversed course. She is up for reelection this year in a county that has seen a rough rollout of Proposition 64, despite vast interest in cashing in on legalization.

In Marin County, which has not embraced legalization, outgoing DA Ed Berberian is under no such political pressure, and said last month that he didn't have the staff to take on the expunging of cases. The candidates for his seat say they'll find a way.

Anna Pletcher (pictured) views the expungement issue through the lens of a failed War on Drugs. She says she would move to expunge misdemeanor pot cases and take the extra step of bringing the process out into the community—specifically, the community of Marin City, whose population is roughly 40 percent African-American. "This is a racial-justice issue in my view," says Pletcher, a former lawyer at the Department of Justice. Pletcher said she would "table" with the public defender in Marin City: "The purpose in proactively expunging the cases is this: to undo the damage done by the war on drugs."

Lori Frugoli has worked at the Marin County District Attorney office for 27 years, and the deputy district attorney says that she, too, favors proactively expunging low-level pot convictions. She emphasized that "I would want to carefully review the cases to ensure they did not involve firearms or sophisticated sales operations involving large quantities of cash or proceeds. Those cases would require more scrutiny."

Frugoli says she would go to the county Board of Supervisors to make sure she had the staff as she noted that requests for expungement are piling up. "Our public defender's office has a robust expungement program with dedicated staff who research cases and file expungements on a regular basis. Often, we are unable to keep up with the motions' response dates due to the number of requests."

A. J. Brady is also a currently serving assistant district attorney in the county, and says Proposition 64 provides an opportunity for DA's to affirmatively call up data "rather than waiting for people to file petitions." Brady noted that it would be easier to call up more recent cases, since the county has a mixed digital and analog system, and the digital system only goes back to the early 2000s. Anything before that, he said, exists as paper files and would require more labor and time to review. I couldn't commit to something that would destroy our staffing, but we could make a spreadsheet. It's the job of the Marin elected DA to do this."