Eye of the Scion 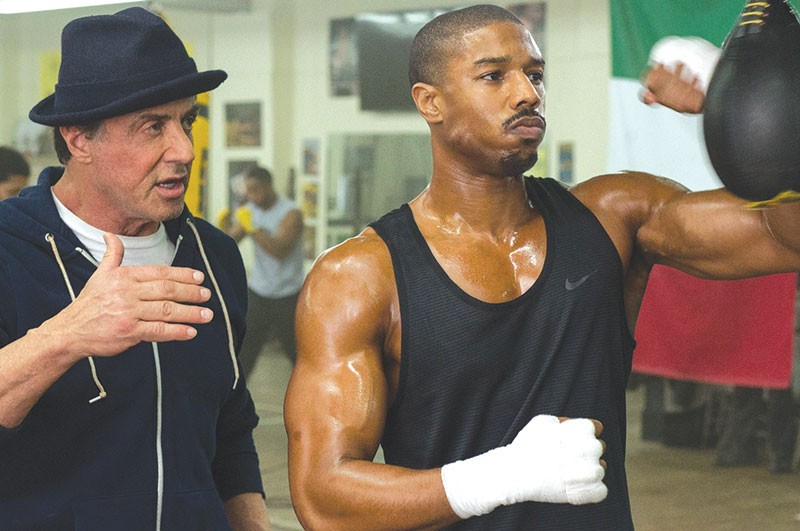 Whether fuming with fury in the ring or shyly avoiding a lady's eyes, Michael B. Jordan is something to see in Creed, the latest Rocky movie. This is the seventh film in the franchise, and the one with the best director, Ryan Coogler (Fruitvale Station).

Jordan plays Adonis, known as "Donnie," the illegitimate son of the late Apollo Creed, Rocky Balboa's challenger in the original 1976 film. Back then, Sylvester Stallone's Rocky had a "million-to-one shot" when he got his time in the ring with the mouthy Muhammad Ali surrogate Apollo Creed, played by former Oakland Raider Carl Weathers; Rocky and Apollo, the backstory tells us, later became the best of pals.

Today, Donnie is a buppie who club-fights in Mexico on weekends. He leaves his suit-and-skyscraper job in L.A. for Philadelphia, where his celebrated father triumphed. Donnie is also there to tug on Rocky's sleeve because he needs a trainer. Under the Italian Stallion's tutelage, Donnie gets good enough to attract the attention of a larger, meaner champ in Liverpool (played by the fearsome pro boxer Tony Bellew).

Philly provides texture, above all else. If we don't believe in the adventures of Rocky Balboa, we can believe in the walls behind the boxer, the salt-damaged brick and torn wallpaper.

Stallone's endurance as a star defies all reason; he has survived the episodes in this series that went loco—as in number four, where Rocky and Apollo took turns battling a Soviet cyborg. Stallone underplays, and the weight of age makes him look wise and noble.

Coogler's skill and style are demonstrated in a real-time, one-take fight, reminding us that throwing punches and ducking is as key to a bout as enduring the blows. The fight scenes recall Mike Tyson's comment that "everyone has a plan, until they get hit," stressing the importance of a clear head despite the pain.

'Creed' is playing in wide release in the North Bay.