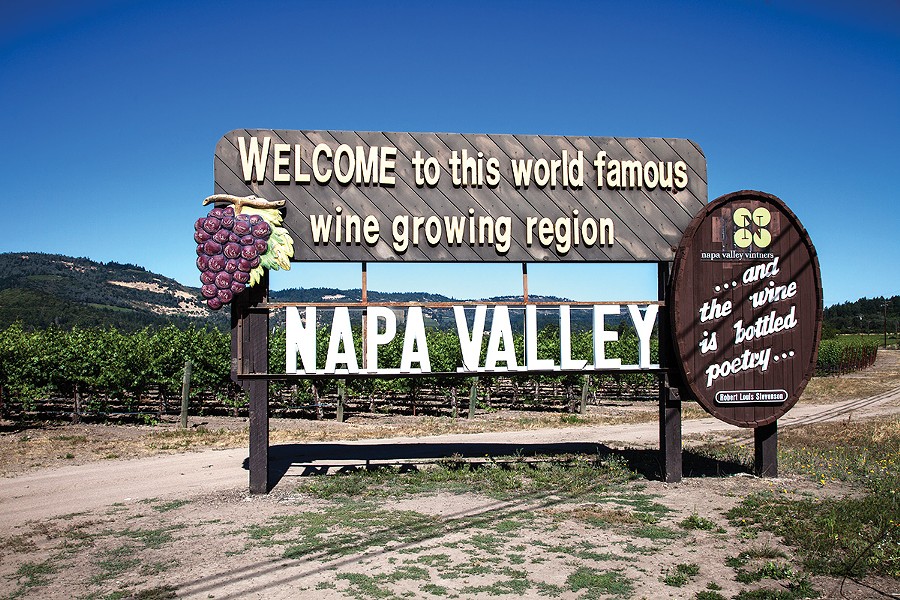 Thanks to Airbnb, it's easier than ever to find a room for the night in the North Bay. But local county governments have taken different approaches to the online short-term rental site. They're eager for the additional tax revenues in Marin and Sonoma counties, and anxious to preserve housing in Napa County.

Sonoma and Marin counties have tried to level the playing field so that renters who register their business and pay the transient-occupancy tax (TOT) are allowed to do business.

But Napa County isn't buying into the Airbnb model. The county limits vacation rentals of less than 30 days. The rationale has been to preserve the agriculture by keeping a lid on excessive short-term rentals—and to preserve the limited stock of affordable housing for the people who live and work in Napa County.

"Rental homes and Airbnb homes take up stock that can otherwise be used for working families," says David Morrison, Napa County's director of the county Department of Planning, Building And Environmental Services. Short-term rentals, he says, throw the county's ratio of jobs-to homes ratio out of balance (it's currently 1.4 jobs for every home).

"We are exactly where we need to be," says Morrison "For us, it's not a revenue issue, it's a land-management and housing issue. In Napa County, our primary concern is housing, and that's the driver here."

Still, there are hundreds Airbnb listings for Napa County. Morrison says that since October, county code enforcement officers have been identifying "10 to 20 a week in terms of tracking them down and trying to discourage them."

Sonoma County has meanwhile embarked on an audit of existing vacation rentals, and has identified, to date, 580 outliers in its midst. The county is working with landlords in order to get those much-desired TOT dollars.

The Airbnb climate is also amenable to short-term renters in Marin County. In 2013, Marin County offered amnesty to any persons operating an under-the-radar vacation rental and said they had to come forward or face sanctions that ran all the way to jail time.

The amnesty ran for a couple of months in late 2013 and yielded an initial 60 new operators on top of the 324 that had been registered by that point. By Nov. 2014, the number was up to 457 registered operators, "largely due to the continued effort of staff to enforce TOT compliance measures," says Roy Given, director of finance for Marin County.

The Bohemian tallied at least a thousand listings on Airbnb in the county. Many are established and licensed players who are jumping on the Airbnb site to maximize their marketing. And those include all the rentals in cities like Sonoma, which set their own TOT rate.

Ramon Cadiz, president of the West Marin Chamber of Commerce says the Airbnb phenomenon is likely a net-positive for the county, which has experienced a huge uptick in tourism—and that most of the concerns he's heard from hospitality businesses are about fairness.

"I don't hear a clamor from anyone who's saying this is undercutting my business because they're not paying the 10 percent TOT," says Cadiz. "None of those people seem to be howling for blood."

Cadiz is a lifelong West Marin resident who recalls a time when the area was a tourist wasteland. "People couldn't wait to get out of there. That's changed."

The Airbnb phenomenon, he adds, "coincides with several trends that have intersected—the foodie phenomenon, the bicycle phenomenon. The bicycle numbers are just off the charts here. People couldn't get out of Marshall fast enough 30 years ago, but if you go there now, it's just a traffic jam—bicycles, cars going to the oyster companies, the kayaking thing."

Cadiz adds that the so-called golden age of the bed and breakfast has come and gone. "Now kids don't want to stay in a traditional B&B. They just want the keys for the house, and they'll pay the premium. They don't need someone to make breakfast—'We just want to ride our bikes out to the point.'"

Sonoma County started taking a hard look at short-term vacation rentals last September, just as an annual report on tourism identified it as an emerging trend.

Paul Cocking, an official in the county's investment and debt office, explains that county supervisors have worked to embrace the new economy legislatively.

Sonoma County wants to collect its share of the TOT from off-the-books operators, which is 9 percent in the unincorporated parts of the county.

The county reports that "Sonoma County's transient occupancy tax receipts totaled $27.5 million in 2013 after adjusting for inflation. This is the highest level of TOT receipts that Sonoma County has ever received."

And they want more.

The tourism report noted that "an increasing number of individual owner-operated short-term rentals are appearing in Sonoma County, and are being promoted through travel websites such as VRBO.com and Airbnb.com. Within these sites, individual owners are able to solicit travelers by listing their properties as either entire-home or private-room rentals, despite not being registered for TOT collection within Sonoma County."

Cocking identified a two-fold push by county supervisors in coming months as they continue to work with the issues raised by the advent of Airbnb.

"First, how much of this is enough, or too much? We do have areas, Healdsburg and Sonoma, that have high areas of VRBOs, and that is definitely causing problems. Also, they are looking at the impact on affordable housing."

Another issue is overall compliance with county regulations. The county gives its imprimatur to a vacation-home renter when the renter registers and the county collects the TOT—but there's a gray area whereby in doing so, Airbnb listers may not be following the same health and safety guidelines required of, say, the Marriott Hotel.

"We do have a vacation-rental ordinance that covers that," says Cocking, though he adds that the concern is "spot on—the rules and regulations that apply to a large establishment are definitely not being enforced, they may not be enforceable."

The Sonoma County supervisors, he says, are looking to change the vacation-rental ordinance to include the "health and safety side of it."

"It's bigger than we thought," Cocking says of the Airbnb phenomenon. "We're looking to create as level a playing field as possible at this point."

Cocking says he's seen a big uptick in the number of people coming forward to comply. But he says the county is not ready to identify any gap between the collectible TOT and what's actually been collected. The numbers are fluid and the audit is ongoing.

And he cautions that it's unclear whether people coming in out of the cold were longstanding scofflaws, or if there's that many new short-term landlords out there who are eager to take advantage of a booming tourist economy.

"The scofflaws we've caught, we've talked to, they either self-report or a neighbor rats them out," he says. Eighty to 90 percent of the time they are unaware of the TOT, and they are usually very good about it. There is a small percentage seriously trying to undermine" efforts to bring everyone into compliance.

Cadiz in West Marin says Airbnb's intersection with affordable housing isn't problematic, as is the case in Napa.

The bigger issue, he says, are second homes that are unoccupied for much of the year. "The problem isn't Airbnb, it's empty houses," he says.

Airbnb, he adds, "seems to be used by young, well-funded, tech-savvy smart people. These kids are younger than 30, and they maybe don't know until Thursday where they are going to spend Friday night. 'It's not going to be foggy out in Bolinas this weekend, let's see what we can book. And we're going to book it right now.' That's the revolution."

This is a big deal in West Marin. Last year the county collected $2.1 million in TOT revenues; the year before, it collected $1.8 million.

"They are clamoring for some of this money out here, because unincorporated West Marin costs more to the county than it earns for the county," Cadiz says. Those costs include county money spent on civil service jobs, police and fire. "We spend more than we get, even given the property tax."

Marin County takes in a half-billion in taxes a year, he says, "but two-thirds is already allocated. That's why they are so interested in this TOT, this $1.8 million—this was an amount of money that never existed before."

Airbnb is also just getting up to speed in the TOT collection game. "We have begun collecting and remitting these taxes on behalf of our hosts and guests in Portland and San Francisco and will take the lessons we learn there and move forward," says an Airbnb spokeswoman via email, referencing those two cities recent TOT victories.

"We've had good conversations with officials in cities all over the world about these types of taxes, and even though this is a complicated challenge, we want to work together to ensure that tax rules for home sharing are clear, fair and easy to follow."