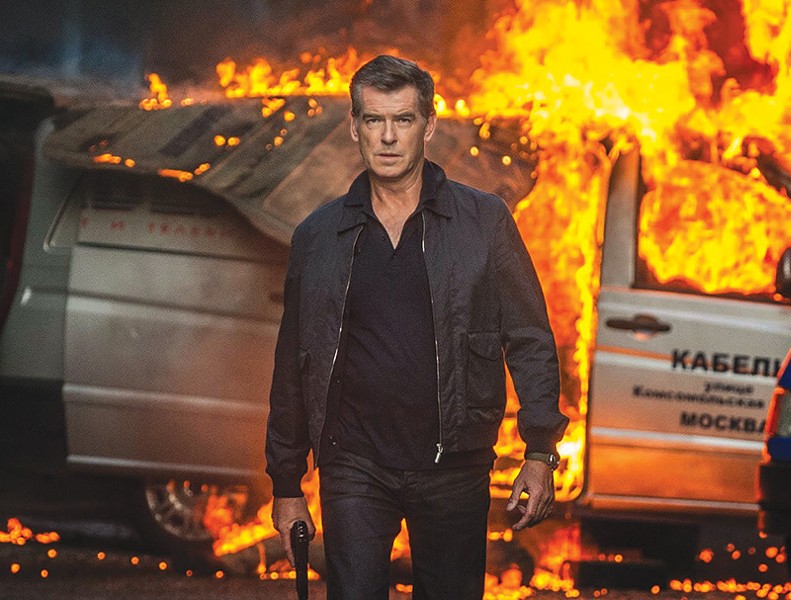 The ex-CIA assassin Peter Devereaux (Pierce Brosnan), dressing down a former pupil, Mason (Luke Bracey), says "You're a blunt instrument, at best." That was the insult 007 always used to hear—and many times while watching The November Man, you feel that James Bond is back.

Brosnan is past 60; his director Roger Donaldson is just shy of 70. If you'd like to see a movie about the limitations of being young and inexperienced, this is it. It's a deftly brutal spy film set in a Belgrade crawling with killers after Devereaux goes rogue, trying to find the young woman who's the key to the attempted hit he survived.

Helping him search is an NGO worker (Olga Kurylenko). The trail circles a candidate for the Russian presidency, a swine named Federov (Lazar Ristovski), ex-military intelligence with a history of unsavory deeds behind him. Leading the effort to find and kill Devereaux is a cold CIA liaison in Nelson Rockefeller glasses called Weinstein (Will Patton).

Bosnian gymnastic champ Amila Terimehik plays a female assassin, and she's a sight to see: she has a nose as sharp as a shark's fin, and a cruelly tight dancer's braid down her back, as thick as a hangman's rope.

Brosnan is an underrated actor (chief among the underrateds); Devereaux is ultimately a wider, wilder part than Bond. And yet you see him do the Bond things once more, and doing them with grace and speed, including a top-drawer fight scene in a boiler room that would mess up a man half his age.

'The November Man' is playing in wide release across the North Bay.