'A Separation' a brilliant film from Iran 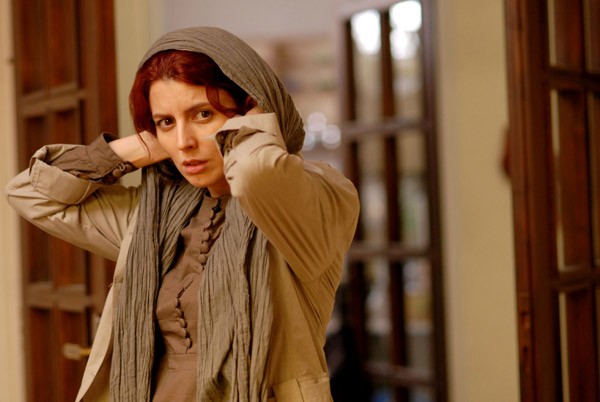 Another brilliant movie from the land of brilliant movies, A Separation unfolds in layers. Set in Iran, the film follows a potential divorce that's complicated by a criminal case: a pious nursemaid (Sareh Bayat) who tends to an aged member of the fractured family claims that she was made to miscarry.

I mention Bayat first, but there isn't a lead actor per se; the cast is more of a circle than a hierarchy. Director Asghar Farhadi is excellent here, and he's also cast his daughter, Sarina, in an auspicious debut. The precious girl plays 10-going-on-11 Termeh, a student with no social life to speak of, since her life is all homework and tutoring.

Termeh's mother, Simin (Leila Hatami), yearns to take her family out of Iran, perhaps to the West. The film doesn't explain why a Europeanized English teacher who drives a Peugeot would want to leave Iran, but the audience can hazard a guess or two.

The significant glances and open-faced lies in the script make the film's title a play on words; it's actually about the split between the world of men and the world of women, exacerbated in an Islamic republic seeking to keep the two as separate as possible. Yet despite the subject matters of courtroom suspense, tragic divorce and a dead baby, A Separation is not overly melodramatic. You couldn't ask for a more eloquent protest against the moral courts, seemingly engineered to complicate already painful situations.

Farhadi's astonishing drama shows the problems of legislated morality, but he seems to have his eye on a more metaphysical, ancient statute: the hidden laws of bad luck, and how that luck inevitably worsens because of the acts of desperate men and women.

We have so many, many movies, and so few have a real reason to exist. A Separation was made with clear urgency, and with a grand reveal in the last 20 minutes of the film.