The chronicles of the Bohemian's Swirl wine column, volumes I through III 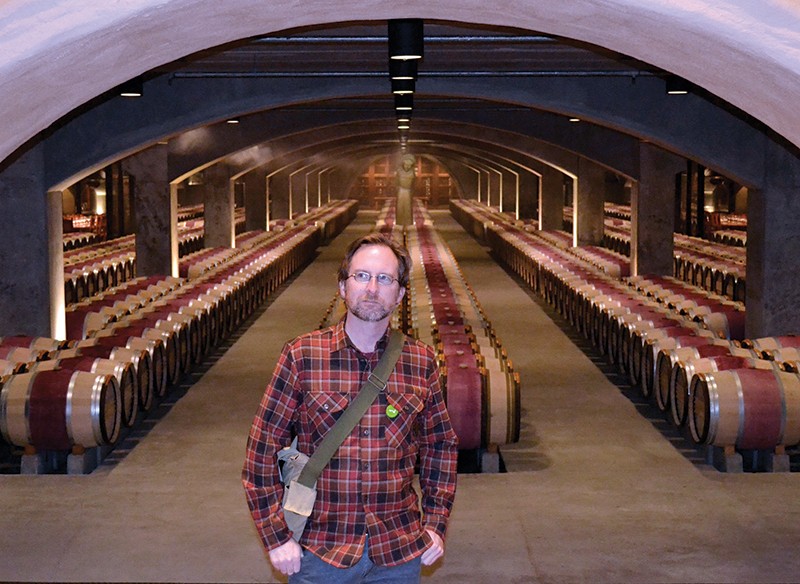 It all started with the desire to fill a hole with strong drink.

We call the part of the paper that isn't paid advertising the "edit hole," a fissure in space and time that must be filled with words and pictures by press time every week or else—well, there's no or else. Like in show business, the show must go on.

Back in 2004, when Gretchen Giles took the lead editing gig at the Bohemian, she had the enviable burden of soliciting enough copy to fill the hole that advertising was creating in the paper. It was a time when, cue the strings, alternative press was humming along despite digital headwinds.

Prior to Swirl, wine coverage lagged behind wine culture—at least as far as I could find before I tired of flipping through bound volumes in the archives—besides a good stint by Bob Johnson, and the "regularly irregular" Spo-Dee-O-Dee, focused on $10-and-under wines.

But higher-ups objected. "It sounded like it was all plonk," Giles recalls. "Then we changed it to Swirl 'n' Spit—relying on the word 'spit' to give it that 'alt' spin." It was a vinous pairing to a food column that debuted at the same time. "It followed that same format," says Giles, "less formal, more of a snapshot, more of a friend than a critic, having an experience and sharing that experience."

Heather Irwin opened the first Swirl 'n' Spit in Feb. 25, 2004, with a visit to Quivira Vineyards, and the line: "Low-down: It's hard to get all snobby about tasting wine when you've got oyster juice dripping down your chin."

"I needed a job really bad," says Irwin. "Gretchen called me and she said, 'Do you know anything about wine?' I kinda lied and said, 'Suuure . . .'" The main thing was that it be irreverent, fun and approachable. "I think the fact that I didn't know much about wine made it fun, because I was learning as I was doing it." Irwin is now the dining editor for Sonoma Magazine and the Press Democrat.

Then in 2006, sometimes contributor Daedalus Howell dropped in from Hollywood to pen Swirl for a hot minute. "I knew Wine Culture had arrived in Sonoma County, in capital letters, but I knew nothing about it," says Howell. "My mission was to learn with the readers about the wine." For his efforts, and tasting notes like, "Indeed, it was so delectable, I could not help but quietly resent it," Howell walked away with an award from what was then called the Association of Alternative Newsweeklies.

Back in town from an overseas wine harvest for what I'd hoped was a brief layover in 2007, I was haplessly lured into the office with another writer's check in hand that was misaddressed to me. Giles says it was just a coincidence: "Scuttlebutt came that you could actually write, as well." Churning out Swirl ever since, I try to ask the big questions, such as: "Would a guy work this hard for an aluminum can of carbonated piss-water? Hell no. I want something ice-cold, crisp and clean, with the thirst-quenching character of strawberry and rose petals."

I also want to assure would-be wine tasters that they need have no fear that their knowledge will be judged by local tasting room hosts like this: "Yummy raspberry? I don't think so, honey. Try cassis and Chinese five-spice—or get back together with your friend, Carlo Rossi. He misses you."

Along the way, Swirl lost its "Spit," those no-fee tastings have become $20 tastings, and despite a deluge of new wineries, a good number have folded up.

We've added some brews. And local spirits, they are rising. In the new year, I'll do what I can to get some compelling topics and, yes, yummy raspberry-flavored wines lined up.