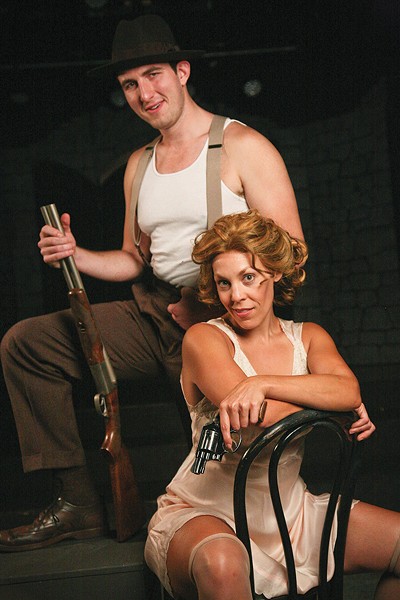 Death is not negotiable. Sooner or later, we all face it. In a pair of just-opened plays, the specter of death hangs over the action like an axe dangling above a doorway.

Ian, certain his client is simply struggling with feelings of guilt, gently coaxes the old man toward facing his fear, all the while carrying his own soul-crushing battle with guilt and despair. With carefully crafted delicacy, Ian's increasingly powerful sessions with John alternate with a pair of close encounters he has with Neasa (Ilana Niernberger), the fierce but frail mother of his child, and Laurence (John Browning), a sensitive street hustler.

Elegantly staged by director Elizabeth Craven and beautifully acted by the entire ensemble, this rich tale is more than just a chilling ghost story. A lush and lyrical look at the choices we all make to feel alive in a world haunted by the ghosts of our past decisions, Shining City glows with intelligence, humor and humanity.

It's widely known that the notorious Depression-era outlaws Bonnie Parker and Clyde Barrow died violently in a hail of gunfire. In composer Frank Wildhorn's musical reworking of the bank robbers' lives, Bonnie & Clyde, the tale begins at the end, with the famous fugitives' bloody demise in their car. Ivan Menchell's clever script then jumps back in time to Bonnie and Clyde's childhoods, gradually working its way to where the story began.

And that's no small feat, since, hey, everyone knows the ending.