The Marvel Universe completes its cycle in sprawling fashion 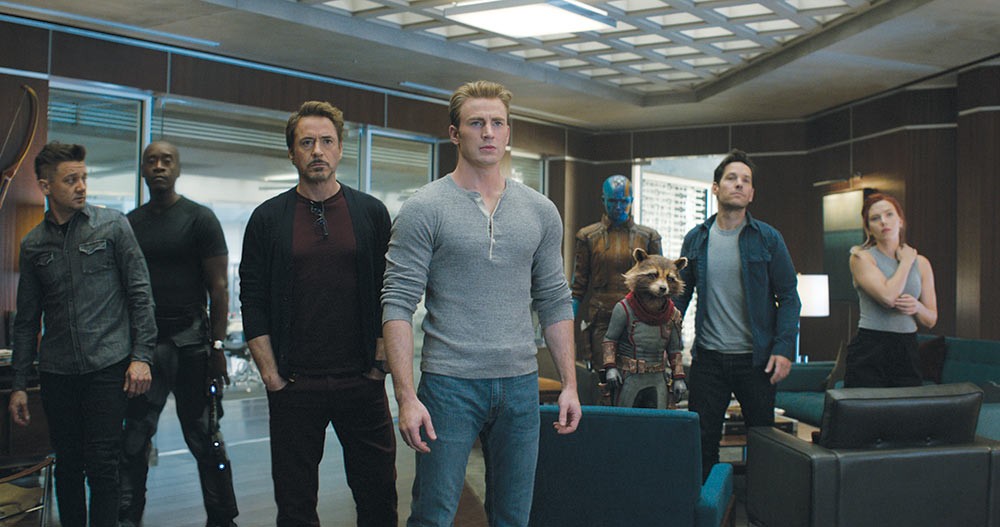 Like many others at the end of a life of violence, the would-be demiurge Thanos (Josh Brolin) has retired to the country. His new planet looks like upcountry Maui. Dissolving half of all life was a tough job, but now he's hung up his armor to rust, a scarecrow in his vegetable garden. Thanos is boiling himself a meal of outer-space taro root, when suddenly, through his roof bursts a living blast of light that was once known as Carol Danvers.

In the early scenes of Avengers: Endgame—indeed, throughout the entire movie—you get what was ordered: Thanos gets barbecued and body-slammed by several of Earth's mightiest heroes. The ingenuity here is that this attack comes at the beginning of the film, not the end. The problem of the so-called 'Infinity Stones' proves to be a difficult anti-rapture, whose first step is triggered by the paws of a storage-room rat.

This massive cycle is a feat of cinematic engineering for which there is no parallel. Completing it, the Russo Brothers use their three hours not just for the usual battle royales, last stands and self-sacrifice, but also to capture the mood of a grieving Earth. As Ant-Man, the least respected member of the team, Paul Rudd does the great old Ebenezer Scrooge at the graveside scene, seeing his name on a cenotaph to "the Vanished" in Golden Gate Park. Survivors have moved on—Stark (Robert Downey Jr.) has also resettled in the country with wife Pepper (Gwyneth Paltrow) and child; Mark Ruffalo's Bruce Banner, no longer bifurcated, but a scholarly Hulk with glasses, signs autographs for the kids who tug his sleeve.

In heading off Thanos at the pass, Stark gets to see his father one last time. Thor—who reacted to the extermination of half the universe by becoming a beer-bellied seaside town slouch—visits his mother on Asgard once more.

Avengers: Endgame didn't seem a moment too long, and there wasn't an awkward performance among its cast. The film has as much faith in quietness as in the noise of mile-long spaceships. For something that ends up nigh-Armageddon, there are a lot of scenes around lakes, scenes of fathers and daughters, quiet tearful farewells and the trilling of birds.