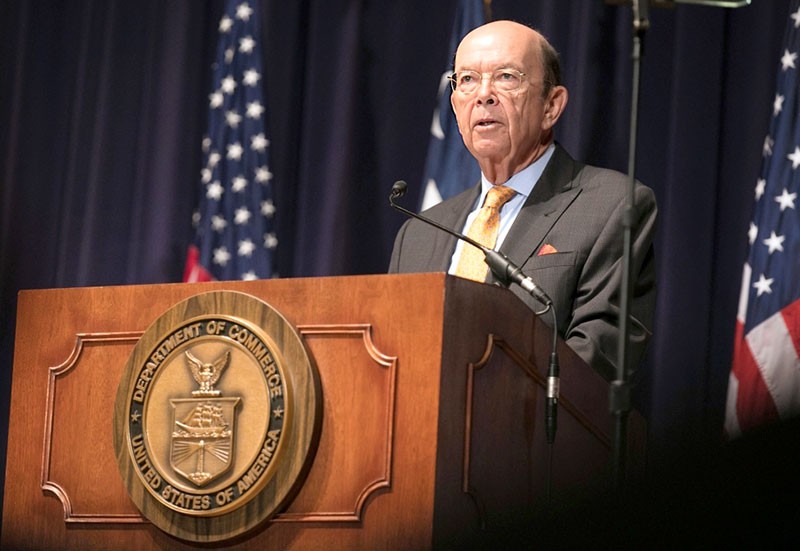 North Coast congressman Jared Huffman joined a group of fishermen at Fisherman's Wharf in San Francisco on Monday to commemorate the opening of the commercial salmon season in regional waters.

He also called out the Trump administration and Congress for their ongoing refusal to release disaster-relief funds to crabbers and fishermen hard-hit by closures and the near collapse of the California salmon fishery.

Those fishermen, says Huffman in a statement, "have faced several seasons of economic hardship, including closures, delays and a continued lack of much-needed disaster funding from the federal government."

Meanwhile, the 2017 salmon season is predicted to be the worst ever. In April, the California Fish and Game Commission reported "historically low numbers of fall-run and winter-run Chinook salmon," which prompted the agency to limit or close the fishery through the end of the year.

Huffman, D-San Rafael, is the ranking Democrat on the Congressional Water, Power, and Oceans Subcommittee. He pushed the previous Congress to spend about $140 million to help fishermen affected by the Dungeness crab closure last year and historically low salmon yields in recent years. The House recently voted to provide $20 million in disaster assistance, while a failed Senate proposal, offered by coastal Democrats, would have sent $150 million to West Coast fishers.

A federal fishery disaster was declared for the 2016 Klamath River salmon fishery and the 2015–2016 California Dungeness and rock crab fishery, but Congress has failed to make good on disaster funding.

The ongoing failure of the GOP-led Congress to sign off on the disaster monies has raised the specter of a politicized administration and congress putting the screws to blue-state California's blue-collar fishermen. Commerce Secretary Wilbur Ross weighed in on fisheries management on behalf of the commercial industry in New Jersey, where Trump enjoys the support of fellow Republican Gov. Chris Christie—but has been silent on the plight of California fishermen.

Noah Oppenheim, director of the Pacific Coast Federation of Fishermen's Associations, a statewide group, raised the political alarm on the disaster funds months ago when a $1 trillion federal budget released by the White House contained zero dollars to help California fishermen. It's a $300 million– $350 million problem for California, in terms of overall economic impacts, he says, adding that he's hopeful that the tone in Congress has shifted on the disaster declaration, and "there is a path forward in the coming months in a sort of broader Western-disaster appropriations bill." Even as the senate knocked back Democrats' push for a $150 million appropriation, he says the tone has shifted and that at least one key Republican has signaled willingness to help the fishermen.

The disaster declaration was made by the Obama administration's Commerce Secretary Penny Pritzker.

The current administration has made no effort to conceal its zeal to roll back any and all Obama-era regulatory achievements. Instead, it appears that thousands of commercial fishermen in California are being left to twist in the wind of a mendacious administration and a commerce secretary who have demonstrated a willingness to politicize fishery regulations.

Fisheries experts across the country expressed dismay at Ross' recent intervention on a decision made by the Mid-Atlantic Fishery Management Council, which oversees fishery management for states from New York to Delaware. That was one of eight regional councils established under the landmark federal Magnuson-Stevens Act, which empowers and authorizes regions to create cross-state fisheries councils to sort out regulations and fishing seasons in their respective waters. In June, the billionaire Ross weighed in on an ongoing battle in New Jersey over regulations guiding the summer flounder season.

Ross' move—reportedly the first time a commerce secretary had acted to overrule a regional council since they were created in 1993—had a direct benefit to a fleet of New Jersey recreational open boats (and recreational fishers generally) who have balked for years at the council's across-the-board bag-and-size limits.

At his confirmation hearing in January, Ross spoke of an industry in need of a boost in order to maximize production: "Given the enormity of our coastlines, given the enormity of our freshwater, I would like to try to figure out how we can become much more self-sufficient in fishing and perhaps even a net exporter." Once he was confirmed, Ross issued a statement that put fisheries-management in his top 10 priorities.

The United States imports some 85 percent of all seafood consumed in the country. It's hard to see how the country could become a net exporter when the federal government won't pay out disaster funds to the very individuals whose job it is to harvest the salmon and the crabs.

By contrast, at the time of the federal disaster declaration for Dungeness crabs in 2015, an official from the National Oceanic and Atmospheric Administration (NOAA) highlighted the agency's commitment to sustainable fisheries and the workers who harvest the fish. (NOAA is a sub-agency of the Commerce Department).

Ross is also overseeing an agency now reexamining a number of federal marine sanctuary and national monument set-asides enacted under Obama, including ocean areas added to the Cordell Bank National Marine Sanctuary and Farallon Islands in 2015. Those popular set-asides are now under review by the Department of Commerce. The Ross-ordered review is supported by energy and commercial fishing interests.

Nobody is arguing that opening these grounds to fishing or offshore drilling will save the California salmon fishery from collapse, or prevent another season-killing outbreak of domoic acid in the state's Dungeness crabs. A domoic acid outbreak devastated the fishery in 2015, and every indication is that the salmon season this year is going to be a bust. It started 10 weeks later than usual, says Oppenheim, "and all signs point to a severely diminished catch compared to previous seasons."